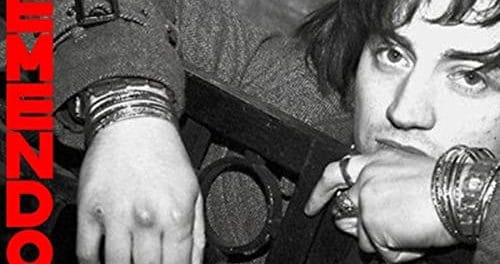 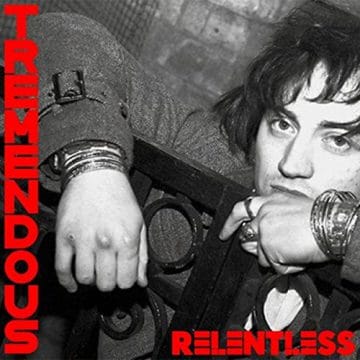 Review:
With a glam rock pile list of influences like T. Rex, David Bowie, Slade, Mott The Hoople, and more it was only a matter of time before Birmingham, UK rockers Tremendous (usually in caps) would find their way across my radar. With increasing chatter from some cool rock mags and members of bands like The Babys and New York Dolls spreading bubbles of glam rock praise, it would take even less time to get me to bite. Yeah, it took a minute for the underground goodness of Tremendous to tickle my ears but man, am I glad I finally took notice. Especially since out of all the awesome writers for Sleaze Roxx, I sincerely felt that my open-eared glam loving self was possibly the best suited to tackle a band loaded with more of the power pop side of the genre.

I can’t help but to mention before diving in that when I was sent info on this band, I had to chuckle because in searching for new music to cover, I came across Tremendous‘ debut release only to convince myself that the band “wasn’t sleaze enough” to get a review on the website. The minute I saw the cover art, I immediately recalled sampling it a few days earlier and wasn’t just pleasantly jazzed that I was asked to check it out for Sleaze Roxx, but I was downright impressed in the website’s wide open willingness to show love to not just sleazy rock and roll, but everything attached to it before and after. As a fan of early acts like Bowie and T. Rex as much as more recent groups like Backyard Babies and Crashdïet, I refuse to let my idea of glam rock be deprived of any of ’em. Huge props to Sleaze Roxx for soaking it ALL in.

As a guy who digs most of the classic groups mentioned as influences of the band Tremendous, naturally I was excited but at the same time skeptical. After all, there’s been many times that I’ve gotten excited about a band based on hype only to scratch my noggin in confused disbelief. Luckily, this isn’t the case with Tremendous‘ new release Relentless… well sorta. While they might have those early English glam and glitter rock pioneers as influences, their sound really comes closer to nineties era glam pop bands like early Manic Street Preachers or even the Marvelous 3, which is cool because while not exactly what I was expecting, it still falls in line with glam-related stuff I love.

Having explored a ton of new releases lately, most either timing out way too short or way too long, Tremendous get immediate brownie points for dropping a platter of the classic ten-song variety and doing so in a total of less than thirty minutes. This leaves the ears experiencing on the average about three minutes of rock and roll per tune which Tremendous pull off, well… tremendously. Even “Rock ‘N’ Roll Satellite” which just barely squeaks over the four minute mark is devoid of wasted rock and roll space. If there is one thing Tremendous seem to do well, it is blow out catchy rock tunes that jump the gun, take off running, and then get the hell out of the way just in perfect time for the next track to load.

Starting with the release of “Like Dreamers Do” a couple years back, Tremendous have worked their way patiently up to the release of Relentless systematically tossing out no less than four singles along the way, all of which can be found taking up tasty space on their debut along with six other choice cuts. The final result is a heart load of catchy rock and roll presented about as well as any rock trio can, which is immediately evident on opening tune “Don’t Leave Our Love (Open for Closing)” with Ryan Jee‘s bass wonderfully floating over Dave Lee‘s to the point drums and topped with a fine blend of nineties alt-glam guitar and raw vocals courtesy of Mark Dudzinski.

A cool mix of soul rock and pop along the lines of say mid-nineties Primal Scream covering the best side of Marvelous 3 with Dudzinski in the role of an English star-crossed aching Butch Walker. If Romeo ever had a case of swagger and stagger, it would sound like this (or Tyla from the Dogs D’Amour depending on the source). If romance is dead, than someone has forgotten to clue in the rock and roll Romeos who pen odes to heartbreak and heartache such as “Don’t Leave Our Love (Open for Closing)” or the abusing “Bag of Nails” which finds Dudzinski reeking pain and frustration through impassioned vocals on the chorus. You can almost feel every heart punch he stubbornly takes over and over and over.

Falling just melodically short of the wonderfully infectious “Like Dreamers Do” is catchy anthem ballad “Take A Good Look At My Good”, a chugging sweet sentiment of a tune that under most circumstances might seem repetitive but under the delivery of Tremendous is three minutes of thoughtful heart professing. It’s a ballad without all that perfect pared down shinola. Yeah, sometimes love sounds a little better with a bit of an inside wink.

From here on, Relentless is a raucous mix of fuzz and garage guitar rock and roll punctuated with doses of early English glam and English whiskey rock as well as bits and pieces of sticky guitar pop. “Rock ‘N’ Roll Satellite” is that sincerely cool rock anthem that Justin Hawkins (The Darkness) would give up falsetto to be able to write and one that fans of The Struts would flip for. “Daniela” on the other hand is a back and forth rocker with killer response backing vocals and blistering guitar. After a bit of a sweet break, Tremendous tear down the finish with a flourish of punkish angst with “Heart Sinker” and a bit of fuzzy rollicking garage rock in the meaty “Fightin’ to Lose.” “Hell Is Only A Blessing Away” appeals to the early Manic Street Preachers rock heart before giving way to the most glam anthem moment on Relentless, the super catchy power chord crunching “Copycat Killer”, a tune that ends so suddenly that you almost expect the band to jump back in with a finale of crushing power chords.

With Relentless, the trio of Tremendous have gifted the rock and roll world of 2020 with a rare mix of snarky raw bubblegum infused punky glam rock delivered by a more than capable cast. The songs are solid, and no matter the speed, never fail to push along towards the finish while making sure to brake just quick enough to sniff the roses. Jee and Lee make for a near perfect-imperfect rhythm section to Dudzinski‘s rollercoaster of sweet to scrappy guitar and bordering on the edge raw vocals. Explicitly English, yet incredibly infectious, Relentless is unapologetically Tremendous.