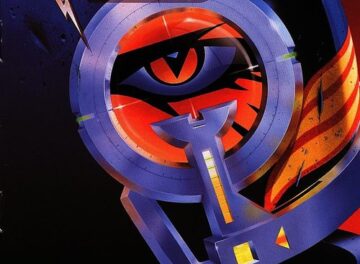 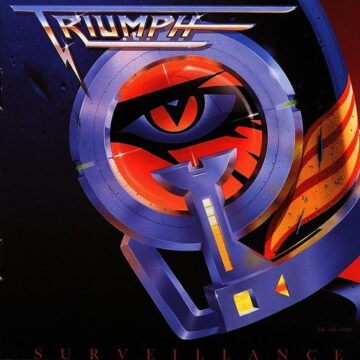 Review:
Surveillance took six months to record and was the last Triumph album to feature guitarist Rik Emmett — replaced by Phil X on 1992’s Edge of Excess — until his return to the band in 2008. The Canadians’ ninth studio album was also their work with the most outside help from Fox News anchor John David Roberts (responsible for the spoken words on “Carry On The Flame”) to the future Deep Purple guitarist Steve Morse (acoustic guitar on “All The King’s Horses”, of which he is also co-author, and electric guitar on “Headed For Nowhere”), among many others.

Over the course of the twelve songs — including three that are nothing more than instrumental interludes — Emmett, Mike Levine and Gil Moore opt for a more commercial approach, virtually reneging on their progressive roots, and embracing the technologies that their contemporaries Rush and Saga — and even British rockers Judas Priest in their Turbo (1986) phase — adopted, which consisted of samplings and synthesized guitars. Hence the pasteurized sound that works so well with the lacquered mullets look featured in the “Never Say Never” video.

Three singles were released — “Long Time Gone”, “Let The Light (Shine On Me)” and the aforementioned “Never Say Never”.  The common link between those songs, in addition to the quality of the composition and the mastery in the execution, is the fact that they were bypassed by an audience whose imagination already belonged to the hair bands. Finally, any similarity between “Running In The Night” and “Go”, released by Signal in Loud & Clear (1989), is not mere coincidence since it is virtually the same song with two different titles. Great (Erik) Scott!