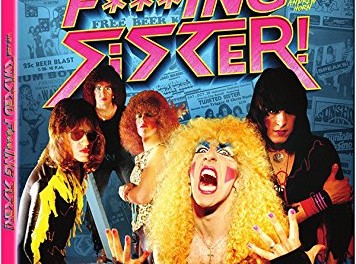 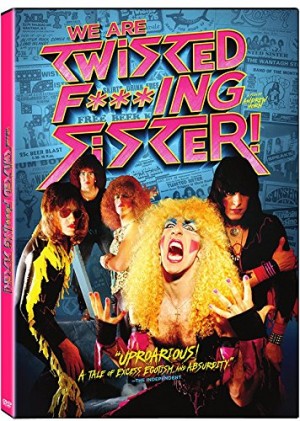 Review:
We Are Twisted F***ing Sister! is a documentary that kicks off with Dee Snider and co. on the verge of success hot on the heels of their critically acclaimed You Can’t Stop Rock ‘N’ Roll record. Having conquered Europe with a little help from Motörhead’s Lemmy Kilmister, Twisted Sister went on to mainstream success with their breakthrough record Stay Hungry. Enough about that as the documentary retells the story of Twisted Sister’s first 10 years of existence and most of that was without the classic line-up that we’ve come to know.

We Are Twisted F***ing Sister! is the creation of director Andrew Horn who also produced the film. Horn tells the tale of the first 10 years of the band’s existence and the group duking it out in the clubs before breaking in the early ’80s. Surviving “classic” line-up members, Jay Jay French, Eddie Ojeda, Dee Snider and Mark Mendoza, are featured prominently in the film. The interview footage is intertwined with live footage, photography and footage by lesser known members in the revolving door of cast of characters.

While it would have easy and predictable to tell the story of Twisted Sister from Under The Blade forward, it makes for a better story. Truth be told, Horn had his work cut out for him from the word go as the bar has been raised for documentaries. The story of the band pre-Under The Blade just isn’t interesting. Aside from the band’s story about hanging Barry White and the blowback that came from that, and even with Dee Snider’s charismatic personality and his brilliant storytelling, We Are Twisted F***ing Sister! falls short. There’s little interest for me in Twisted Sister circa “the club days.”

This film didn’t move the needle much for me. I’m wondering how this would go over with the casual fans that just know the Stay Hungry video hits. As a fan of the band, I’m curious about the story on how Jay Jay French “lost control” of the band and how Snider essentially became Twisted Sister. We caught glimpses of this in the film but obviously when you’re focusing on a particular era, you’re locked into what transpired during that time. We Are Twisted Sister F***ing Sister! is worth watching once and the additional disc of bonus material is worth wading through and adds a little more value for the viewer.