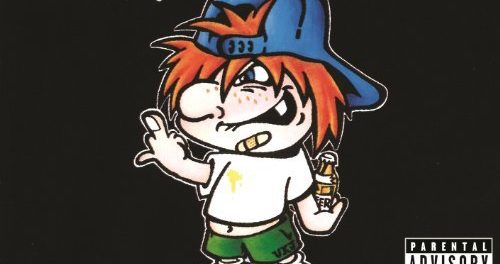 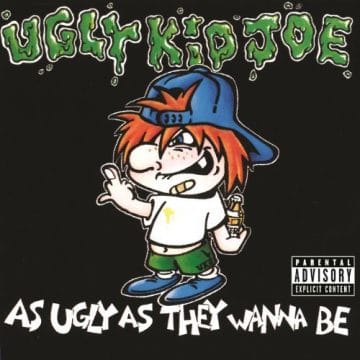 Review:
Ugly Kid Joe released their debut album — or extended EP — on October 15, 1991. Offering five tracks total (if you don’t count the last track “Heavy Metal” which clocks at less than 30 seconds), it was an introduction to a band that burned brightly, then faded away quickly. As Ugly as They Wanna Be is the first of four albums released by the band in ’90s, and features the hit “Everything About You” which landed on the Billboard Top 10, and sold over a million copies; a record for an EP at that time.

There are several different influences I hear on this album. “Madman” opens the album with something close to Ozzy Osbourne’s “Mr. Tinkertrain.” It has the same theme and intro, with children laughing in a circus environment. Apparently there’s a madman loose in Disneyland.  “Whiplash Liquor” is clearly old school sleaze, coming in between Faster Pussycat and Skid Row.

“Too Bad” reminds me of a Jackyl song from later years with a delicate guitar intro that builds itself into a hammering verse and beyond. For better or worse, I’ve always loved “Everything About You.” It’s a blast to play, and just a fun song all the way around. Post punk meets heavy metal. Finally, Ugly Kid Joe join the melodic and provide their pounding cover of Black Sabbath’s “Sweet Leaf” mixed in with their own “Funky Fresh Country Club.”  The two mix quite well, but have little to do with one another.  I’m not sure why they did the “Sweet Leaf” part, other than to provide some sort of metalhead credibility to the EP itself.

I might even suggest that Ugly Kid Joe, and similar bands led the way for future successes such as The Offspring. It’s the punk meets metal meets surfer sound that came out of California with the Red Hot Chili Peppers, Green Day, and a bunch of others. Listening to As Ugly As They Wanna Be now, it sounds somewhat dated, and even at the time in 1991, it wasn’t anything particularly special, but then again, “I hate the rain and sunny weather, and I hate the beach and mountains too” so maybe I got caught up in the negativity!

Ugly Kid Joe‘s “Everything About You” video:

Ugly Kid Joe – Everything About You (Official Music Video)

REMASTERED IN HD!Music video by Ugly Kid Joe performing Everything About You. (C) 1991 Universal Records, a Division of UMG Recordings, Inc.#UglyKidJoe #Ever…