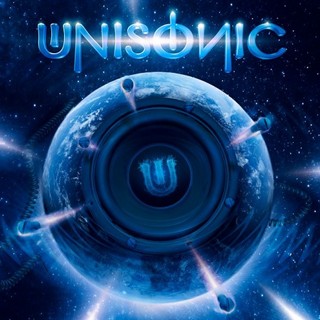 Review:
When I heard that Michael Kiske, former vocalist for Helloween, and Kai Hansen, former guitarist for Helloween and current Gamma Ray frontman, were joining forces in Unisonic, I was hoping for a reincarnation of early Helloween/Keeper Of The Seven Keys Parts 1 & 2 era. However, having somewhat followed Michael Kiske since his departure from the German rockers, I knew that this was likely not going to happen. The reason is simple… most of Kiske‘s releases post-Helloween have had only snippets of a hard rock/metal feel to them. Even his re-recordings of Helloween tracks on his 2008 CD Past In Different Ways are quite far removed from any heavy metal offering.

Unisonic‘s opening track, “Unisonic”, starts off where Keeper Of The Seven Keys Part 2 left off. It is fast, has a nice Helloween guitar like feel to it, and features Kiske doing what he does best. If all of the tracks on Unisonic were similar to this first one, this CD would have to rank as the best of 2012. Unfortunately, the rest of the album strays more into light hard rock with Kiske‘s stellar vocals throughout. “Souls Alive” is a catchy tune, although the slower middle portion could easily be removed from it. “Never Too Late” is another poppy sounding happy tune with an excellent chorus — too bad the verse portions of the song do not match the excellent chorus. “I’ve Tried” follows the same vein as “Never Too Late” with a nice chorus section but boring verses. It seems that Unisonic‘s songwriting for much of this CD consisted of trying over and over again to piece different snippets of songs into one track. The results are many songs with verses and choruses that do not go well together — if at all.

“Star Rider” is another poppy sounding song but one of my favorites on the album — contrary to the two prior tracks, the verses on “Star Rider” flow nicely with the chorus. “Never Change Me” is really a pop song more than anything else while “Renegade” starts off with a heavy riff but then inexplicably slows down considerably before coming back to the nice heavy riff from time to time. “My Sanctuary” picks the pace up, which is nice, and I would rank it as the second best song on the CD after “Unisonic”. Perhaps Unisonic agreed as well, given that their debut four-song EP Ignition only had two finished tracks: “Unisonic” and “My Sanctuary”. It seems that I could have just saved my money and stopped purchasing anything from the band after Ignition.

“King For A Day” could easily have been found on either of Helloween‘s Pink Bubbles Go Ape or Chameleon CDs — both albums likely being their most experimental — and are an acquired taste! That being said, I enjoy both, which perhaps explains why I still enjoy Unisonic despite the departure of any real metal tracks after the opener. “We Rule” starts off strongly before slowing down (again) and then picking up steam — once again though, it is a song that with a little work could have been a really good one, but rather you have to grin and bear through some bad patches. The Unisonic CD ends with the ballad (sigh) “No One Ever Sees Me” which has to be one of, if not the, weakest tracks on the CD — its best to skip that one. There is one bonus track on the North American version — perhaps to try to salvage the CD — a live version of fan favorite and Helloween staple “I Want Out”.

At the end of the day Unisonic is a good CD for fans of Michael Kiske‘s vocal style — and probably a crappy one for anyone else (aside from a few songs). I think most fans will be disappointed when picking it up due to Unisonic‘s first single of the same name which seems to indicate a return to Helloween‘s Keeper Of The Seven Keys era — but the reality is that for the rest of the CD, that is simply not the case. Rather, Unisonic would have been an appropriate and almost logical follow-up to 1993’s Pink Bubbles Go Ape. While some will simply blame Kiske for Unisonic straying away from a real hard rock and metal sound, the reality is that most of the blame should fall on guitarist Kai Hansen and bassist Dennis Ward who wrote all the songs except for the ballad “No One Ever Sees Me”.