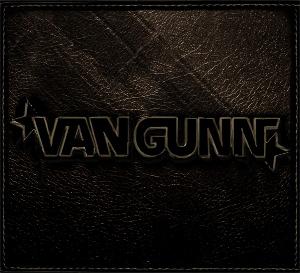 Review:
What do a group of musicians from The Netherlands do when their attempts at making it big in Los Angeles get derailed by an evil manager and a lack of funds? Well, if you are the guys in Van Gunn, you return home, regroup and head back to the bright lights of L.A. to live out your dream. Only this time the rock God’s were on their side, and the result of their dogged determination and never-say-die attitude resulted in one kick ass melodic rock album.

The interesting thing about Van Gunn is their ability to sound old (without being retro and predictable) and also sound new (without being boring and annoying) – it makes for a great mixture. And 80s rock fans are going to love Martin‘s vocals that mix Johnny Gioeli and Jon Bon Jovi with a dash of Spike. When the band revs things up they remind me of Hardline and when they slow things down they have a Bon Jovi feel, yet they aren’t copy cats of either. Van Gunn manages to keep an identity of their own.

My favorites are “Pull The Trigger”, a commercial sounding rock song; the mellow and heart-felt “Back To L.A.”; “I Know A Little”, the song in which keyboardist Ward gets his chance to shine; and the hard rocking “Thunder And Lightning”. But I can honestly say that there isn’t one song on this release that disappoints, it is top notch from beginning to end.

Oddly enough just prior to listening to Van Gunn for the first time I was spinning Hardline‘s II and feeling a bit letdown. I was trying to brain storm what albums would have made a better sophomore effort for Hardline then the disc I was playing, and I was coming up empty. Finally I gave up and grabbed another CD out of my ever growing stack and slid it into the player. It was then that it dawned on me, THIS disc, Van Gunn, would have made a great follow-up for Hardline. Commercial melodic rock doesn’t get much better then this.