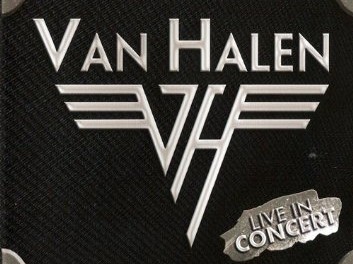 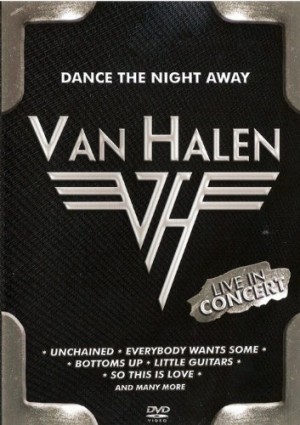 Review:
I actually drafted this DVD review for Sleaze Roxx back in July 2014 but the site’s editor Skid understandably decided not to post it since the DVD was obviously a bootleg release. This was my only submission to Sleaze Roxx that was ever rejected by Skid and I stumbled upon it today by accident. Anyways, you’re likely not going to get many reviews of bootleg releases going forward on Sleaze Roxx but this one will be an exception to the rule.

As has become my custom when going in one large retail store in particular, I always try to make a quick trip to the “Entertainment” section to check out the store’s ever diminishing CD collection for sale. Part of the reason is that there are fewer and fewer record stores to check out — and the other reason is that I seem to find some pleasant surprises from time to time including finding the Metal On Ice CD for only $5.00 and Kiss’ Monster CD being released two days prior to the official release date. I was not disappointed once again this time around as I found a DVD of a Van Halen concert that I guessed to be from 1983 based on the song selection.

The first thought that came to my mind after thinking what a great DVD this could turn out to be was this is the most poorly advertised release that I have ever seen from an established band like Van Halen. I then started to ponder whether this was a bootleg release but since I was buying it from a large retail store, that seemed unlikely. At worst, it was a release unauthorized from the mighty juggernaut known as Van Halen. What seemed odd about the DVD was that it did not indicate the location — nor even the year — of the concert(s) in question. There was no further information once I purchased the DVD and removed the case’s plastic wrapper as the inside of the case contained nothing else than the DVD itself. A little research on the internet finally revealed that the concert in question was Van Halen’s infamous US festival gig that it headlined back on May 29, 1983. All I could think of was what a fantastic find! For those who may not recall or simply don’t know, on that day, a number of metal band superstars in the making including Motley Crue, Quiet Riot, Judas Priest and the Scorpions opened for Van Halen in front of an audience of about 375,000 people.

Unfortunately, once I started viewing the DVD Dance The Night Away, it became painfully obvious that the video footage was of a very poor quality given that it was somewhat blurry and with lights glaring. At the very least, the camera lenses were certainly not focused providing for an overall painful viewing experience. Just prior to “Ice Cream Man”, there are even some rainbow stripes that appear on the screen just like in the old days when there was no programming on a TV channel. The DVD quality of Dance The Night Away is nowhere as good as for other bands that have released their portion of the concert in DVD format such as Quiet Riot’s Live At The US Festival 1983 and Judas Priest’s US Festival performance (which can be found with the Screaming For Vengeance – Special 30th Anniversary Edition). Even my bootleg version of Motley Crue’s US Festival performance is of better quality than what is being offered on Dance The Night Away!

Putting aside the poor overall video quality and the lack of any bonus material of any kind, Dance The Night Away is exactly what Van Halen should have put out back in the day in VHS format. The DVD captures Van Halen arguably close to its popularity peak – that would likely come after the subsequent release of 1984 – and in fine rocking form. Although lead vocalist/frontman David Lee Roth sounds a little rough around the edges at time, for the most part, he delivers a solid vocal performance with all his usual yelps. You can also see from where guys such as Steel Panther’s Michael Starr have most likely developed their on stage mojo and banter. Roth was at that time the all-around excellent frontman successfully and comfortably engaging the audience with his on stage banter despite there being over 300,000 in attendance, delivering one scissor kick after another, and generally being the much needed star of the show. The rest of the Van Halen crew was in fine form too with a younger and energetic Eddie Van Halen moving and running around while delivering some of the best known and revered guitar licks of all time. The trademark Van Halen vocal harmonies are also in full effect and sound really good.

The song selection on Dance The Night Away is excellent. Most of Van Halen’s greatest/most popular songs up to that point are played. Each of Van Halen’s five studio albums at the time are well represented at the show. What struck me is how underrated Diver Down really is when listening to tracks such as “Full Bug” and “Secrets.” It would have been nice if the band played “Where Have All The Good Times Gone” – my favorite track from Diver Down. I could have certainly done without the drum and bass solos but back in those days, those were very popular. The drum solo is oddly played after only two songs during the show.

I strongly suspect that the Dance The Night Away DVD was released without any input from the Van Halen camp. You can tell just by some of the song titles being misspelled on the DVD case. In addition, “Happy Trails” is not even mentioned as one of the songs played on the DVD track list even though it was played in its entirety at the end of the show before the band launched back into “You Really Got Me”. The track list included with this review is the actual track list with correct spelling for the song titles as it should have appeared on the DVD. It would have been nice to obtain a proper release for the DVD with better video footage of the band’s infamous US festival gig along with some bonus materials such as commentary from Roth and the two Van Halen brothers on the gig itself. Although the DVD Dance The Night Away could have clearly been done a lot better, it is still quite nice to have this DVD to commemorate this historic Van Halen show. It also fills a much needed void of a live recording from the original Van Halen line-up from back in its heyday.