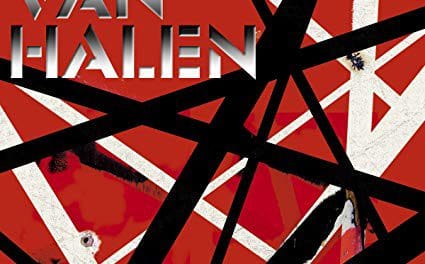 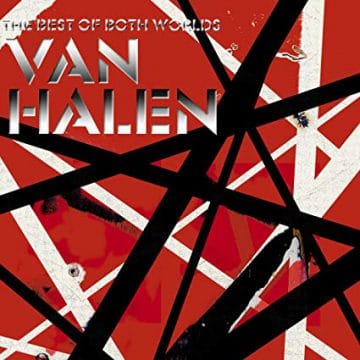 Review:
You’ve got to give credit where credit is due. Unlike many of their contemporaries, Van Halen have only released two official compilation albums as well as only two live albums in their 40+ year history. That being said, Van Halen seem to have a knack for doing things in sometimes odd ways. You’d think that Van Halen would follow up their first compilation album Best of – Volume I with Best of – Volume II but those plans were apparently scrapped at some point as the band’s second greatest hits record was titled The Best of Both Worlds. While it was odd not to have the group follow up its Best of – Volume I with Volume II, at least the title The Best of Both Worlds was more than fitting for a band that experienced sensational success for a long sustained periods of time with two different lead vocalists. Yes, I know that Van Halen also had Extreme‘s Gary Cherone handling the lead vocals from 1996 to 1999 but apparently, the Van Halen brothers are more than happy to omit that chapter of the band’s history. No need to say that any material from Van Halen III did not make it onto The Best of Both Worlds.

Unlike Best of – Volume I, the David Lee Roth era songs recording wise (1978 to 1984) and Sammy Hagar era ones (1986 to 1995 and 2004) that are represented on The Best of Both Worlds are not in chronological order so usually, you get one track featuring Roth and then one featuring Hagar, and so forth. Although Hagar has more of his tracks on the record (20 from four studio albums and one live record plus the three new songs) than Roth (16 from six studio albums), it seems to me that there is no question that the Roth era produced better songs than the Hagar ones. This is not a knock on Sammy Hagar but more praise towards David Lee Roth who brought a real swagger and party like atmosphere to any Van Halen song that he sang on. Unlike the Hagar era tunes, there are no Roth era tracks that I don’t think deserve to be on The Best of Both Worlds. If anything, there are a few Roth era songs that are sadly absent from The Best of Both Worlds that more than deserved to be on there such as “Somebody Get Me A Doctor” (from Van Halen II) and “Mean Street” (from Fair Warning).

On the other hand, there are quite a few Hagar era tracks that could have easily been omitted from The Best of Both Worlds starting off with the two songs from the Balance album — “Not Enough” and “Can’t Stop Loving You.” That album is not much better than Van Halen III in my eyes. I rarely ever play Balance anymore and there isn’t one stand out song on the record. The other three Hagar era songs that could have easily been left out are the three new ones — “It’s About Time”, “Up For Breakfast” and “Leaning To See.” “It’s About Time” is the worst out of the three with apparently a whole bunch of ideas getting mish-mashed into one song. There really is no flow to the song. Granted, there are a couple of cool parts but since they don’t really flow with any of the rest, the track falls really flat. It’s almost as if you really want to get into the song but you just can’t because anytime the track builds any momentum, there is another misplaced part that comes along killing that very momentum. “Up For Breakfast” starts off sounding like “Why Can’t This Be Love” and sounds like what Sammy Hagar & The Circle have come up with now on Space Between with some additional “brown sounding” guitar playing from Eddie Van Halen. “Learning To See” is the slowest of the three new songs but pales in comparison to slower tracks featuring Hagar on prior Van Halen albums.

Another oddity to me is having the three live tracks that were included from Live: Right Here, Right Now. Although that live album has 24 songs on it, only four were from the Roth era yet here we have Van Halen including three of those four Roth era songs (“Ain’t Talkin’ ‘Bout Love”, “Panama” and “Jump”) with Hagar on lead vocals. Why would they do that? It makes little sense to me. Those three songs could have easily been left off The Best of Both Worlds, and especially since the studio versions of those songs already appear on the compilation album. At the end of the day, the Van Halen discography was represented as follows on The Best of Both Worlds: five songs from the incredible debut Van Halen (1978), only two from Van Halen II (1979), two from Women And Children First (1980), only one measly track from Fair Warning (1981), two from Diver Down (1982), four from the Diamond certified 1984 (1984), four from 5150 (1986), four from OU812 (1988), four from For Unlawful Carnal Knowledge (1991), three from Live: Right Here, Right Now (1993), two from Balance (1995) and none from Van Halen III (1997).

Overall, The Best of Both Worlds is a more complete greatest hits album than Best of – Volume I but the two new Roth tracks on that latter compilation album are way better than the three new Hagar tunes on the former. Given that The Best of Both Worlds dates back 15 years now, it will be interesting to see if Van Halen release another compilation album in the future or keep their integrity in that regard by not releasing another one unlike some of their contemporaries (such as KISS).