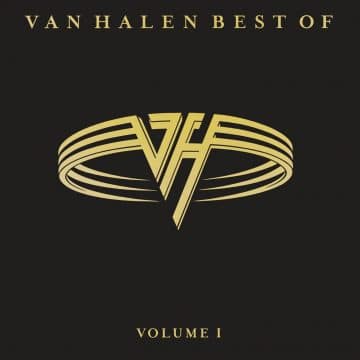 Review: Van Halen‘s first foray into the world of greatest hits albums with Van Halen Best of Volume I turned out to be a prime example of what not to do with such an album.

The second faux pas with Van Halen Best Of Volume I was the song selection on the album. Van Halen released six albums with David Lee Roth from 1978 to 1984 with 20 singles including five top 20 US hits yet the group could only come up with eight songs from that era to include on Van Halen Best Of Volume I. And why would Van Halen leave their second biggest hit off the album? Van Halen‘s cover of Roy Orbison‘s classic “(Oh) Pretty Woman” — which landed the #12 spot on the US charts back in 1982 — could not make the cut? Really? No songs were even included from Diver Down… Blasphemy! After Roth‘s departure, Van Halen released four more studio albums with Sammy Hagar handling the lead vocals and surprisingly, Hagar ended up getting six songs from those four albums on Van Halen Best Of Volume I.

To make matters worse, Van Halen included the Twister movie soundtrack song “Humans Being” on Van Halen Best Of Volume I. The only notable thing about the song was that it was the last recorded and released track with Hagar at the time.  What was readily apparent was that “Humans Being” was the worst track on the greatest hits album by far. “Human Beings” simply has no business being on any Van Halen greatest hits album. Its inclusion simply watered down what should have been a great collection of songs.

To continue with the song selection issues on Van Halen Best Of Volume I, some of the omissions were glaring and almost bewildering. How could Van Halen‘s cover of The Kinks‘ “You Really Got Me” not be included on the former’s first ever greatest hits album? I have already mentioned the omission of “(Oh) Pretty Woman” which was Van Halen‘s highest charting US hit after “Jump” during the Roth era. And although Balance did very well for Van Halen at the time, the inclusion of “Can’t Stop Lovin’ You” as the lone representative song from that record showed that Balance simply did not have the quality songs that its predecessor albums had.

Van Halen‘s “Can’t Get This Stuff No More” song:

Van Halen – Can’t Get This Stuff No More

From their 1996 album, Best Of Volume 1All Copyright claims belong to WMG.

From their 1996 album, “Best Of Volume 1”. This is the first song that the band recorded with original singer David Lee Roth in 12 years!