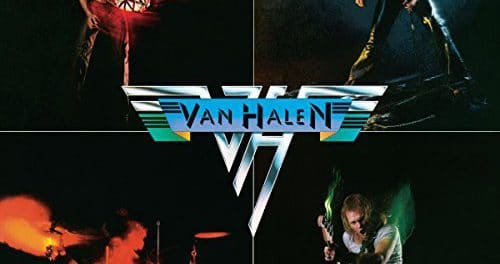 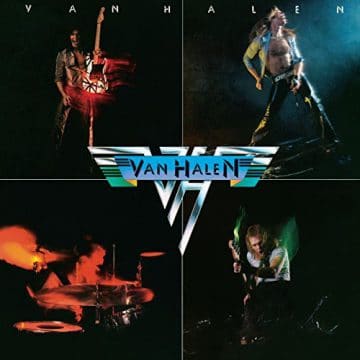 Review:
How do you describe a masterpiece? It’s hard to believe that Van Halen‘s self-titled debut album turns 40 years old today. Listening to the record 40 years later, it still sounds fresh and current. Given how long it’s been since Van Halen was first released, I actually wasn’t even listening to music at that point (too young and no older siblings) so can’t speak to how groundbreaking that record would of been back in 1978. My first purchased record was Michael Jackson‘s Thriller, followed by Billy Joel’s Innocent Man and Van Halen‘s 1984. Seeing the video for “Jump” on Canada’s television show Video Hits pushed me to migrate to hard rock and heavy metal starting with Van Halen. That’s when my Van Halen story started.

As is the case with most hard rock and heavy metal bands that I would “discover” at that time, there would be a few prior albums that I had never heard about. It really was an amazing period. Practically every band that I would “discover” through its latest record — from Van Halen (1984) to Ratt (Out Of The Cellar) to Twisted Sister (Stay Hungry) to Mötley Crüe (Shout At The Devil) had one or more prior albums that I absolutely needed to purchase. In the cases of some of the older bands such as Alice Cooper and KISS, each had ten or more prior records to “discover.” Those were of course more difficult to obtain and I would regularly stop at various used record stores on my way home from high school to snatch up ’70s era KISS albums. Getting back to Van Halen, my next album after 1984 was Women And Children First (I think I bought this one next since it was cheaper than the other VH albums), Diver Down, Fair Warning and finally Van Halen. At the time that I first heard Van Halen‘s self-titled debut album, I didn’t realize the musical greatness that I was listening to. But over the years, Van Halen became my favorite album from the band and frankly, from what I have heard, there has never been a record like it beforehand.

There are so many little things that make Van Halen so special and so great. First and foremost is of course Eddie Van Halen‘s jaw dropping guitar virtuosity. To say that Eddie (or Edward as referred on the album) has influenced a whole generation of guitarists is quite simply an understatement. He is arguably the most influential guitarist ever. “Eruption” is a mind blowing piece of guitar wizardry that alone cemented Eddie Van Halen as one of the all-time greats. What I have always loved about Eddie Van Halen‘s guitar playing — and that is so prevalent on Van Halen‘s debut — is that the man knows when to shock and awe, and when to simply play a great guitar riff. There are plentiful of both on Van Halen. A prime example is the track “Feel Your Love Tonight” which is built on a solid guitar riff that Eddie plays over and over throughout the song until his guitar solo where he just lets it rip. Many other guitar greats such as Yngwie Malmsteen and even Vinnie Vincent (the latter really not in the same league as Malmsteen or Eddie Van Halen) just don’t know when to hold back. Another really cool thing about Eddie Van Halen‘s guitar playing on Van Halen is that it’s almost as he is talking to you when playing. The intro to “Jamie’s Cryin'” makes me think right away of someone crying. But enough about Eddie Van Halen. Suffice it to say that his guitar playing on Van Halen seemingly set a brand new hard to reach standard for all guitar players going forward.

The second thing that makes Van Halen so special is David Lee Roth‘s (or should I say David Roth — not sure when that Lee was added to his name) vocals. Roth has the uncanny ability on Van Halen to make you feel like he’s right next to you chatting to you when he’s singing away. Prime examples are the verses on “Runnin’ With The Devil” and “Ice Cream Man” where Roth seems to tell a story more than sing an actual song. Roth also seems to have set the standard for the amount of screams and yelps that a singer might get away with throughout a song. Can you imagine hearing “Runnin’ With The Devil” without Roth‘s various screams throughout the song? Simply put — no. Roth‘s various screams are just as much of an integral part of the song as any of the other instruments. What sets the songs on Van Halen apart from any other records are the absolutely stupendous vocal harmonies from Eddie Van Halen and Michael Anthony. Once again, a new standard was seemingly set for many to try to reach.

Another key on Van Halen‘s self-titled debut album is the variety. No two songs sound alike yet they all flow so smoothly from one to another. I remember when I first heard “Ice Cream Man.” My first reaction was “what the hell is this” but now it’s become one of my favorites on the album and is still a big part of Van Halen‘s concert setlist (with Roth) to this day. Although there is tons of variety song wise on the album, it’s notable that every song is a great one with the only exceptions to my ears being “Atomic Punk”, “Jamie’s Cryin'” and “Little Dreamer” which are all solid tracks that I would simply not put in the “great” category. While Eddie Van Halen and David Lee Roth definitely play huge roles in making Van Halen the classic that it is, the rhythm section of drummer Alex Van Halen and bassist Michael Anthony is a huge part of the sound and the real foundation for Eddie and Dave to shine.

Overall, Van Halen may be as close to a masterpiece as I have heard. Forty years later (33 years later for me since when I first heard it), Van Halen still stands as one of the best hard rock / heavy metal albums of all-time. Van Halen would go on of course to release many more great albums but none have ever reached the depth and greatness of their debut.

Van Halen‘s “You Really Got Me” (with “Eruption” intro) video:

Van Halen – You Really Got Me (Official Music Video)