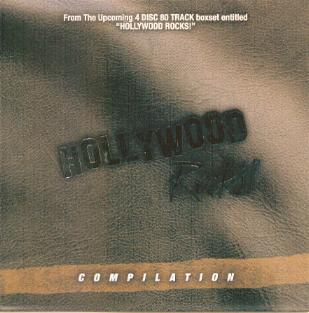 Review:
In 2003 Cleopatra released an excellent coffee table book that chronicled the 80s hard rock explosion on the Sunset Strip. Now they are about to release a massive four CD box set audio companion. Rather than being just your typical greatest hits release, this box set will feature early demo releases from the genre’s top acts and some that slipped through the cracks.

Seeing as the majority of songs represented here are demos, it goes without saying that at times the production is lacking – but the historical significance of these songs more than makes up for any recording deficiencies. Some bands sound just like you remember them, but other songs reveal how much the groups grew from their humble beginnings. Take for instance Dokken, who sounds as much like Krokus on “It’s Not Love” as the slick melodic metal they would become famous for. Ratt and Warrant sound very raw on their songs, only hinting at what they would later release. In fact it was interesting to hear how heavy Warrant actually was back then as “Last Action Hero” would have fit better on Dog Eat Dog then their first couple of platinum pop-rock albums.

For people that only know Great White from 1989 on, you will be surprised at their early sound – its is like an entirely different band. L.A. Guns kicks ass on “Electric Gypsy”, but it would have been interesting to hear some early demos with vocalist Paul Black (perhaps there will be some on the box set?). You can almost picture yourself in one of the Sunset Strip’s famed clubs when Keel unleashes a live version of their metal anthem “The Right To Rock”. The rougher mix on Jetboy‘s “Feel The Shake” makes the song much better, as I always felt the slick production killed their debut album, this version actually has balls.

This promotional release is only a small sample of what will be contained on the four disc set. One can only speculate about what other bands will grace this upcoming 80 song collection, but wouldn’t it be awesome to hear early tracks by bands like Cats In Boots, Asphalt Ballet, Johnny Crash and hundreds of others that lingered in obscurity. All I know is this – the Hollywood Rocks! book was a great trip down memory lane, this CD sampler is icing on the cake and the full release will be a must-own. Only in Hollywood hard rock could you have W.A.S.P. nestled beside Stryper, its like heaven and hell on one platter. Keep watching www.cleorecs.com for more details.