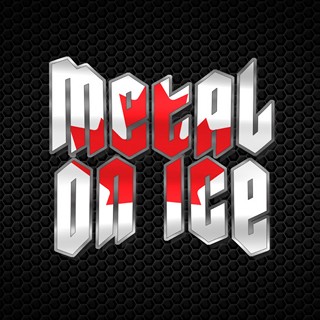 Review:
Metal On Ice is the brainchild of Sean Kelly, who many of you may know for his stints in Helix and his own band Crash Kelly. The Metal On Ice EP is the accompanying soundtrack to Kelly‘s book of the same name, which is essentially based on interviews with many prominent Canadian hard rock bands of the ’70s and ’80s — including Helix, Anvil, Coney Hatch, Killer Dwarfs, Honeymoon Suite and Headpins.

I confess that I hesitated to buy the EP given that most of the songs are simply remakes of tracks previously performed by the various lead vocalists. However, upon surprisingly seeing the EP in the $5.00 bargain bin of a Wal-Mart store, I simply could not resist purchasing it, and I’m glad I did — this EP rocks! There is no other way to put it. A lot of credit first has to go to the ‘backing’ band which mainly consists of Kelly on guitar, Dave Langguth on drums and Daryl Gray on bass because each song on the EP sounds consistent and feels like one solid band effort — albeit with different lead vocalists for each song. Secondly, each guest vocalist puts on a solid performance.

If anything, I forgot just how good some of these vocalists sound, including the ‘Metal Queen’ Lee Aaron who unfortunately lost me as a fan a long time ago with her foray into pop songs with Bodyrock back in the late ’80s. If only she had continued to crank tunes in the “Metal Queen” vein, she would surely now rival Doro Pesch as one of the all-time best metal female vocalists out there. In any case, Lee Aaron puts in an inspired effort on her signature hit and the song rocks from start to finish. Another surprise is “Heavy Metal Love” by Brian Vollmer, mostly because that is one Helix track that I usually hate to hear. However with Vollmer‘s new ‘backing’ band on this EP the song is listenable and even enjoyable to hear — although I would have preferred hearing him tackle the classic “Rock You”, but “Heavy Metal Love” is good enough. One song that is no surprise just how good it sounds is “Keep The Spirit Alive” with the Killer Dwarfs‘ frontman Russ Dwarf. A great song will always remain a great song, and Russ Dwarf‘s voice has stood the test of time over the years, making “Keep The Spirit Alive” likely the best song on the EP. I have never been a big Coney Hatch or Headpins fan, but Carl Dixon‘s “Hey Operator” and Darby Mills‘ “Don’t It Make Ya Feel” are welcome additions.

The gems on Metal On Ice are Nick Walsh‘s rendition of the Kick Axe classic “On The Road To Rock” and the one new track penned by Walsh and Kelly specifically for this project, “Metal On Ice”. Walsh sounds amazing as he demonstrates with his rendition of “On The Road To Rock” why he was one of the best singers of the late ’80s sleaze rock movement during his tenure in Slik Toxik. Frankly, I wish that he would return to the ’80s styled hard rock and metal at which he excels rather than the more modern sounding tunes that he sings in his new band Famous Underground. “Metal On Ice” is an excellent EP closer showcasing Vollmer, Aaron, Walsh, Dixon and Mills taking turns handling the lead vocals. You can just imagine what a great show closer that song will be when the Metal On Ice project goes live in Toronto on May 10th.

While the Metal On Ice EP may not offer many new original songs, it rocks from start to finish — and will help you to remember some great and, in some cases, almost forgotten classic Canadian metal tunes!