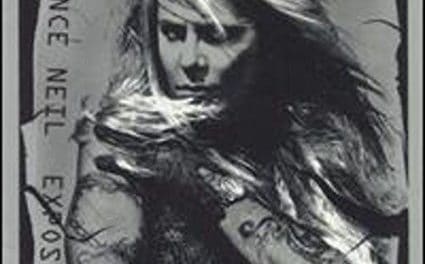 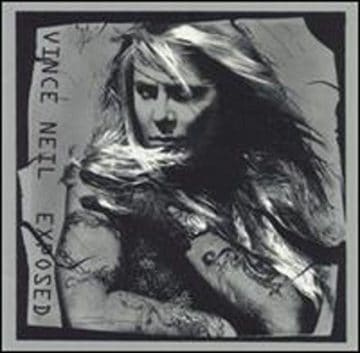 Review by Daz in April 2018 (25 year mark):
It seems like one of life’s great mysteries why a lead vocalist from a multi-platinum selling band is unable to achieve the same level of success when attempting a solo career or releasing a solo album. You would think that fans would instantly recognize a voice and be drawn to a song regardless of the musicians involved. Well, that doesn’t seem to be the case and you could probably count on one hand the amount of scenarios where this has worked out for a vocalist. Even Jon Bon Jovi’s solo contributions cannot match his full-time band efforts. This brings us to Vince Neil, lead vocalist for rock’s most notorious band, Mötley Crüe.

Coming off 1989’s commercial high of Dr. Feelgood, Mötley Crüe had the world at their feet. The album sold in excess of six million copies in the USA and many more worldwide. Tours were sold out in minutes and the band’s future looked promising. It was the pinnacle for a band of four hungry individuals who had emerged from the streets of LA in 1981 originally setting out to cause as much mayhem and indulge in as much excess and debauchery as possible. However, by 1992, that was all over when depending on who you talk to as Vince Neil left or was sacked from Mötley Crüe. Now we don’t really need to go into the finer detail of what eventuated from this point as most Sleaze Roxx readers would already know the stories and rumours, but for the uninitiated, I suggest obtaining a copy of Mötley Crüe’s autobiography The Dirt to seek clarification, if that is even possible.

Forced to go it alone, Vince Neil set out to get his solo career off the ground with the intention of proving that he did not need Mötley Crüe to continue having success. Subsequently, Mötley Crüe also moved on with the same thought. To Vince’s credit though, he engaged the help of friends, Jack Blades and Tommy Shaw to help co-write new material which eventually led to the release of the single “You’re Invited (But Your Friend Can’t Come)” for the Encino Man movie soundtrack a matter of months later. A record deal with Warner Brothers followed and at the suggestion of the label, Vince was paired with guitar supremo Steve Stevens — famous for his involvement with Billy Idol and to a lesser extent his own fantastic solo album Atomic Playboys released in 1989 — to co-write further material for a debut album. The resulting album titled Exposed was released to the public in 1993 and debuted on the Billboard charts at number 13.

The album contained eleven tracks, eight of which were pure guitar driven rock, one being a cover and two being customary ballads. The original songs were co-written by the aforementioned Stevens, Blades and Shaw with the inclusion of Phil Soussan on some of the tracks. Three singles were eventually released — the bombastic “Sister Of Pain”, the ballad “Can’t Change Me” and fun rocker “Can’t Have Your Cake.” The song “You’re Invited (But You’re Friend Can’t Come)” performed previously by other musicians was re-recorded with Stevens on guitar and included on the album. However, that version was not a single. Exposed saw Vince carrying the Mötley Crüe torch continuing right where Dr. Feelgood left off. The tried and true formula of fun riff based songs, full of energy and clichéd lyrics worked well and the sound of the album was big and powerful. In comparison, I thought Dr. Feelgood was too sterile and too polished resulting in Mötley Crüe losing its edge for the sake of commercial success but I suppose that experiment evidently worked. The sound of Exposed was a welcome return to getting back to something less compressed, semi-raw and hard hitting.

So the question still remains, why can’t a vocalist have the same amount of success when becoming a solo artist? In the case of Vince Neil, were the personas of Nikki Sixx, Tommy Lee and Mick Mars that pivotal to the success of Mötley Crüe that the contribution of Neil was completely overshadowed? Sure Sixx is responsible for starting the band and writing or co-writing most of the band’s material, Lee is a beast of a drummer with a recognizable style and Mars is a solid guitarist who has influenced many other musicians, but it is Neil’s voice that is most recognizable when heard on the radio. His swagger and sex appeal made him one of the ’80s most formidable frontmen. If Exposed had been released under the banner of Mötley Crüe in plain labelling, I doubt many fans would even know that the musicians, except for Neil were not part of Mötley Crüe. So it is a mystery why after Dr. Feelgood sold millions of albums worldwide, fans didn’t jump on Exposed a mere four years later. Most will point the finger at the rise of grunge and the release of Nirvana’s Nevermind in 1991, but I have never subscribed to that theory. Grunge never appealed to me and I definitely did not buy any albums from that genre. I was more than happy to continue listening to music about booze, babes and bikes rather than “Boohoo, the world is a dark and unhappy place.” Sure, we know the world is crap, but music is supposed to provide us relief from our day to day woes and Exposed was that type of album.

Regardless of what people may think of Vince Neil, past or present, I applaud him for the great album Exposed is. Teaming up with the right songwriters and musicians really should have paid off more than it did. That is not to say that the album was a failure just because it did not resonate with the ever depleting fan base or achieve significant sales. The album was a success because it proved Vince did not need Mötley Crüe in order to produce some great rock songs. The album’s 1993 release also put to bed the rumours spread by other Mötley Crüe members that Vince was spending more time racing cars rather than focusing on music, when that band did not release their self-titled album until 1994. Most importantly, despite battling personal demons caused by years of abuse, bad decisions, fate, as well as being ostracized by his so-called best friends, the release of Exposed is an achievement in itself and absolutely underrated.

Review by Pam (February 2004):
This is the freshman outing from, at the time, ex-Mötley Crüe front man Vince Neil. Vince put together a stellar band with good credentials, some members having played with artists such as Billy Idol and Fiona Flanagan.

Exposed features such hard rockers as “Sister Of Pain”, “The Edge” and the debut single “You’re Invited (But Your Friend Can’t Come). There are the two ballads “Can’t Change Me” and “Forever”, as well as a cool cover of Sweet‘s “Set Me Free”. The music on Exposed is in the same vein as Mötley Crüe. The rockers are chock full of sleaze and loud guitars while the ballads have a wistful feel to them. Unfortunately, with the influx of grunge and Vince‘s daughter Skylar passing away in 1995, this would be Vince‘s last commercially successful release. Exposed easily gets two thumbs up from me!

Vince Neil – Can’t Have Your Cake

Vince Neil – You’ re Invited (But Your Friend Can’ t Come )