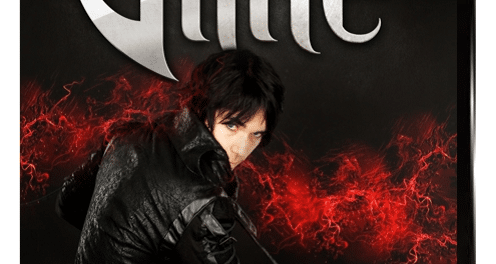 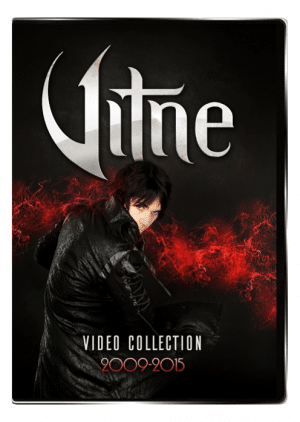 Review:
This release is for all us fanboys and girls who grew up in the ’80s, the era of “excess is best”, when our favorite bands would compile their videos on glorious VHS tapes and we would hungrily eat them up to watch and re-watch our favorite bands’ videos and hopefully the label exec’s would include some behind the scene footage or live clip…

Fast forward to today and I am watching this DVD. A DVD that has painstakingly combined/included all of the videos by the chameleon of hard rock Vitne. For those not familiar with Vitne, his pedigree is a good one. He was the mastermind behind the Finnish hard rock act SEKS. He called himself Rock Hart at the time and on this video collection he has included not only the early “mockumentary” skits he put together during the bands infancy in 2009 but the classic hard rock video for “Charlemagne” — SEKS‘ one and only release from 2011’s Harder Than You.

Next up are a handful of videos from Vitne‘s next transformation as a solo artist from his The Conqueror release (2012). On this release — and this is evident in the videos and music — Vitne has furthered his collaboration with shredder extraordinaire Julian Angel (solo artist and Beautiful Beast). The partnership is akin to that of another well seasoned pairing — Billy Idol and Steve Stevens. At that time, Vitne was holding on to the moniker he created for the band SEKS but he shortened it to just Hart.The songs are a nice collaboration of hard rock and hair metal numbers.

Vitne‘s 2013 Neon release keeps the same hard rock flair he is becoming known for. Obviously, his moniker has changed but the music is still hard driving and well written and performed. During this time period, we also get a glimpse of what is to become of Vitne in his later 2015 release Endless Blue in the one off single “Not Far From Shallow Water.” A definite departure from the straight ahead hard rock numbers we have been accustomed to. However, the song is a haunting number that draws you in with its story telling and intriguing melodies.

Rounding out the discography and the “official” videos on this compilation is Vitne‘s current state of mind as an artist in 2015’s Endless Blue. The album is a memorable departure from the rocking numbers we are accustomed to, sans the title track. However, we certainly see from the remaining numbers the growth of Vitne as an artist both professionally and personally. Please do not write off the transformation as the songs are extremely well crafted and hold their own as competent mellower ballad and orchestral numbers.

The DVD’s bonus features are a collection of live videos and comedic interludes that allow us to better understand and appreciate the artistry that is Vitne. I am certainly a fan of where Vitne has been and I am very much looking ahead with anticipation as to where he will take me on the journey that I can only assume from what he has created thus far will be worth the investment, both monetarily and emotionally.

http://www.vitne.net – Influenced by Japanese rock, punk and symphonic metal, this 2015 EP is entitled “Endless Blue.” My music is inspired by artists like …