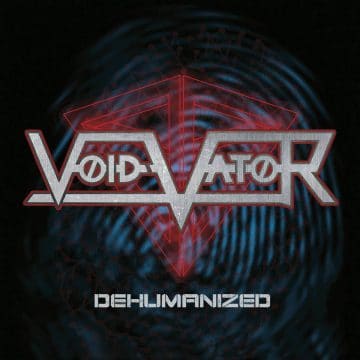 If you read the name of the band, then read the title of the EP, you’ll think ‘black metal’, possibly ‘extreme metal’ or perhaps ‘nu wave of thrash metal?’ Well, Void Vator isn’t like any of the stereotypical one dimensional sub genre acts; they can’t be pigeon holed. Void Vator cull from the best qualities of sub genres — the catchy hooks of melodic rock, the punch of doom metal, the razor sharp riffage of thrash metal, the accessibility of power pop and the rebelliousness of alternative rock.

Void Vator in a perfect world would go on to become the heir apparent to the throne occupied by the Foo Fighters. The gauntlet has been thrown. Void Vator have arrived. The bar has been raised. You can file this band under the heading, “If you like Danko Jones, Foo Fighters, Mustache, Hardcore Superstar — you’ll love this band.”

One listen of Dehumanized is all you’ll need to realize you’ve found your new favorite band.