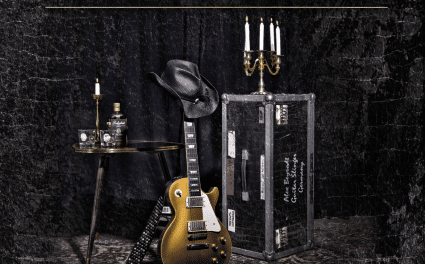 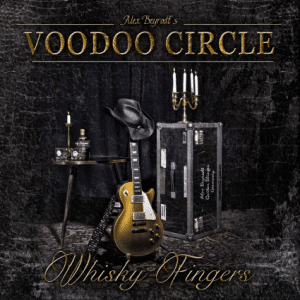 Review:
I’ll admit that while listening to Voodoo Circle, I sometimes forget it’s them and think I’m hearing the new Whitesnake album. However, that’s not necessarily a bad thing. Although Alex Beyrodt plays a guitar style that’s reminiscent of John Sykes‘ playing and David Readman often sounds like a dead ringer for David Coverdale, what’s not to like about that?

The fact is, this band is loaded with talented players. I’m actually a fan of many of the members of Voodoo Circle in their other band projects. Beyrodt is from Primal Fear, Sinner and Silent Force. Mat Sinner, the vocalist of the band Sinner, is onboard as the bass player. Alessandro Del Vecchio has been in Hardline and Silent Force. Francesco Jovino has been in U.D.O. and Primal Fear. And last but not least, Readman is from the band Pink Cream 69.

If you like ’80s style hard rock, you should really enjoy this release. It certainly feels like it could have been released during that time frame. My favorite tracks overall are “Trapped In Paradise” which is also the first single, “Heartbreaking Woman,” “Medicine Man” and “Devil Takes Me Down.” But, honestly, I enjoy the whole album. There’s a bluesy feel throughout Whisky Fingers and it should satisfy both the fans of great guitar playing and those who just like a nice mix of rockers and ballads.

The strange thing is, that I wasn’t actually aware of Voodoo Circle or their previous albums until hearing Whisky Fingers, but I have to say that I am interested in checking out their prior releases now. In the same way of what Kingdom Come was to Led Zeppelin, so is Voodoo Circle to Whitesnake. And frankly, even though they sound uncannily similar, it’s cool to like them both. After all, whoever says that they have too much good music in their collection? So, check out Voodoo Circle! I think you’ll like what they have to offer on Whisky Fingers.