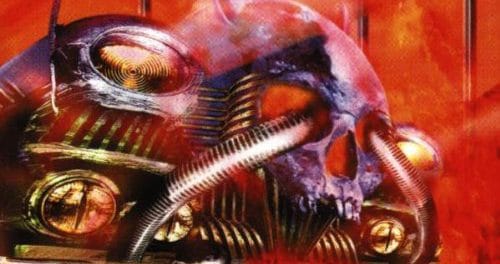 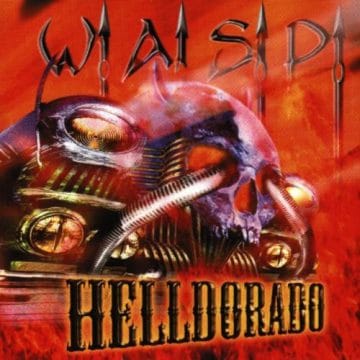 Review:
After W.A.S.P. released their disastrous industrial sounding Kill Fuck Die album in 1997, I started losing interest in the band. I picked up the double live album Double Live Assassins in 1998 but then stopped following the group until Dominator was released in 2007. To my surprise, W.A.S.P. had continued releasing studio albums at a pretty quick pace with Helldorado (1999), Unholy Terror (2001), Dying For The World (2002), The Neon God: Part I – The Rise (2004) and The Neon God: Part II – The Demise (2004). Given that Dominator was quite good, I decided to give the other W.A.S.P. post-Kill Fuck Die albums a chance. At the time, I simply went to the giant HMV store near the corner of Yonge and Dundas in downtown Toronto for a welcome break from work and started picking up a different W.A.S.P. record until I was up to date with my post-Kill Fuck Die W.A.S.P. album collection.

The one record that really stood out was 1999’s Helldorado. What I hadn’t realized is that W.A.S.P. must have received a lot of complaints from their fanbase with 1997’s Kill Fuck Die because they did a 180 turn and released a dirty sleazy record chockfull of killer guitar, melodies and attitude that would have easily been the perfect successor to 1986’s Inside The Electric Circus. Don’t get me wrong, 1989’s The Headless Children is a splendid album and easily one of my favourite W.A.S.P. albums of all-time. However, it was a marked departure from Inside The Electric Circus with a much heavier sound and way more mature songwriting. Helldorado could have easily followed Inside The Electric Circus in terms of sound, subject matter and next logical step.

If you enjoyed the first three W.A.S.P. albums (and frankly, how could anyone not love those three masterpieces?), Helldorado is almost the perfect record taking the fire and fury from the self-titled debut album, the sexual fun or dirtiness of The Last Command (check out the narrative at the beginning of “Dirty Balls”) and the cool intro from Inside The Electric Circus (check out the opening “Drive By” on Helldorado). Had Helldorado been released back in the late 1980s, it might well be recognized as one of the great records from that era. Unfortunately, although the record seems to be recognized as a return to form for W.A.S.P., I think that it hasn’t received its just due as the phenomenal record that it is. Not only is there not one weak track on Helldorado, just about any song off the record could likely be added to and fit quite nicely in a W.A.S.P. live setlist.

It’s actually hard to pick my favorite tracks from Helldorado because they all rock. Even the song “High On Flames” which starts off a little slow builds up and before you know it, you have one scorcher of an anthem. If I had to pick one track over the others on Helldorado, it would have to be the “Damnation Angels” which builds and builds into one powerful monster. Say what you will about Chris Holmes‘ awful singing on his post-W.A.S.P. solo albums, his guitar playing and tone are still great to this day and on Helldorado, the guitars sound absolutely fantastic.

If I had to choose one W.A.S.P. album that would be better than the first magnificent five (W.A.S.P., The Last Command, Inside The Electric Circus, The Headless Children and The Crimson Idol), Helldorado is that record. Had Helldorado been released back in the late ’80s, it would likely be in my top three W.A.S.P. albums given that it would have received the same amount of listens as the first five records (each of which I heard countless times) and at this point, Helldorado doesn’t bring up the same memories and emotions that the first five W.A.S.P. records conjure when I listen to them. If Helldorado isn’t in your record collection yet, do yourself a favour, purchase the album right now. You can thank me later.