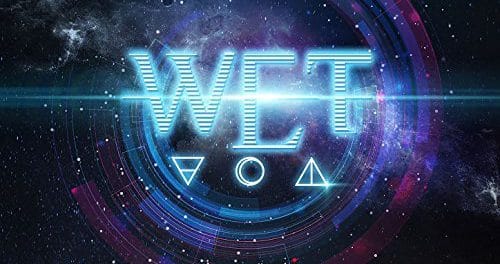 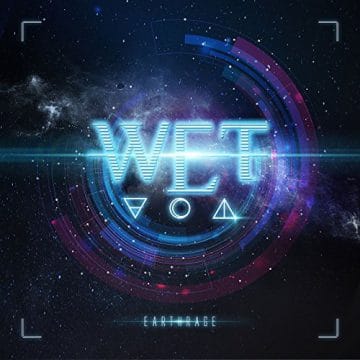 Review:
To me, the name Erik Mårtensson equates to one of the most prolific music creators and producers of the last ten years. May it be with Eclipse, W.E.T, Ammunition or Nordic Union, Mårtensson is able to always be a big part of some very high quality albums. I first discovered Mårtensson by listening to Eclipse‘s fabulous album Are You Ready To Rock via the Sleaze Roxx’s Top Ten Albums of 2008 and I’ve been a fan of that band ever since. I discovered Ammunition at the Rock N Skull Festival in October 2016 and was blown away by how good that band was. Ammunition‘s debut album Shanghaied was fantastic and although the follow up self-titled record released earlier this year isn’t as good, it still has its moments with a few very memorable tracks. Nordic Union were also a pleasant surprise with their self-titled debut in early 2016 with the follow up seemingly not as strong (I have only heard the song “It Burns” so far) given that Mårtensson and singer Ronnie Atkins have elected to play “moodier” (i.e. slower more plodding) tracks.

Although I have been able to really get into Eclipse, Ammunition and Nordic Union, the one band that I have had a hard time getting into is W.E.T. This is mostly because W.E.T are the least heavy and most melodic of the four aforementioned bands that Mårtensson is a big part of. I remember when I interviewed Mårtensson at the Rock N Skull Festival in 2016, he raved to me about what a great singer that Jeff Scott Soto was. Although I had asked him about W.E.T during that interview, I did not include that portion in the published interview at Mårtensson‘s request given that I understand that he didn’t want to let the public know at that time that another W.E.T album was in the works. During my interview with Mårtensson in 2016, I had asked him to describe the music of the four bands to someone who didn’t know the groups and Mårtensson had described W.E.T as “more melodic, very melodic, more Journey, more the classic AOR — harder AOR style.”

With Earthrage, W.E.T still play some very melodic / A.O.R. tunes, and particularly on the slower tracks such as “Elegantly Wasted”, “Heart Is On The Line” and “The Burning Pain Of Love”, but a lot of their songs could have found themselves on an Eclipse album this time around. Tracks such as the first three songs — “Watch The Fire”, “Burn” and “Kings On Thunder Road” — could have easily found themselves on Eclipse‘s last two albums Armageddonize and Monumentum. Of course, given that W.E.T have a full-fledged keyboardist (Robert Säll) in the line-up, their music is going to sound way more melodic than Eclipse. Nevertheless, I find that Earthrage to be the most accessible W.E.T record in the band’s arsenal. Perhaps it’s because the band chose the heavier tracks “Watch The Fire” and “Kings On Thunder Road” to feature in videos but I ended up purchasing Earthrage hoping that there would be more songs in that vein. As it turns out, Earthrage takes a more melodic turn after the first three songs but you still have the trademark “pick me up” big choruses.

As far as the performances on the album, Earthrage is executed flawlessly. It starts with Soto‘s amazing voice. The man can seemingly sing anything and has the almost perfect melodic rock voice in my mind given that he still has a bit of grit to his voice despite sounding well, quite melodic. The guitar work from Mårtensson and his Eclipse bandmate Magnus Henriksson is solid and complements the songs rather than overshadow them. If the duo didn’t play such melodic songs, they would likely be considered one of the great guitar tandems of the last decade. Säll‘s keyboards are well played and thankfully tend not to overshadow too much the guitars on this album. Finally, former Eclipse drummer Robban Bäck provides a solid foundation for the songs. I love how some of the past and present Eclipse members seem to always find their way to working with each other on various projects even when some have left the Eclipse band many years prior.

As to be expected, my favorite songs on Earthrage are the heavier and more upbeat ones such as the first three songs, “Urgent” as well as “Calling Out Your Name.” Many have seemingly touted Earthrage as the “album of the year” and if there were some additional “heavier” songs on the album, I would agree that it is one of the top albums of the year. Unfortunately, I am not big on keyboard oriented melodic rock so have a hard time getting through the aforementioned slower tracks. Nevertheless, I can understand why a fan of melodic rock would list Earthrage as one of the top albums of the year. If Sleaze Roxx had a “melodic rock” album of the year category, odds are that W.E.T‘s Earthrage would find its way to the top of that list.

Subscribe To Be Alerted When We Add New Videos – http://radi.al/SubscribeFrontiers / From the album EARTHRAGE. Get your copy NOW: http://radi.al/Earthrage Fo…

Subscribe To Be Alerted When We Add New Videos – http://radi.al/SubscribeFrontiers / From the album EARTHRAGE. Get your copy NOW: http://radi.al/Earthrage Fo…