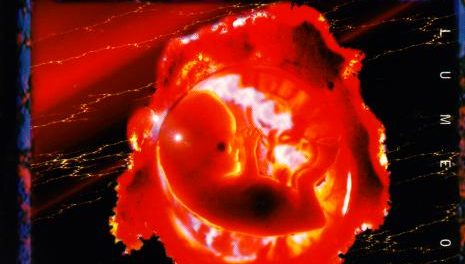 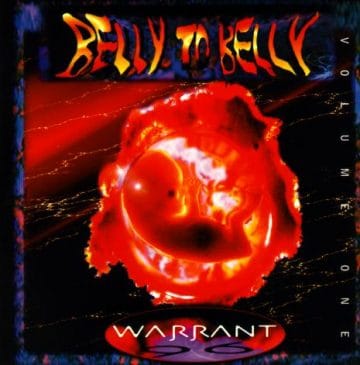 Review:
1996 left many Warrant fans scratching their heads. The band was down two original members and had finally resurfaced with a new album and no longer on the mighty Sony label to release it. Belly To Belly Volume One (not sure why the Volume One was in the title, to me it’s just another strange thing that didn’t make sense about this album) as it sounded like a completely different band and NOT the Warrant everyone knew and embraced by their fans.

Then again it was 1996. Times changed so quickly for bands like Warrant who seemingly were on top of the world circa 1990-91 selling out 20,000 seat arenas and having to scale back to theaters and clubs of approximately 1,000 people. What the heck happened and where was the Warrant everyone knew?

Warrant‘s strategy was to change their sound with the times and hope the record labels and fans would accept them to allow the band to continue to have a career. While this might have worked for acts like David Bowie and Madonna who moved into a ’80s New Wave scene, the ’80s rock to grunge scene was far, far less kind to all bands like Warrant. Arguably the only band to survive and remain unaffected strangely enough was Van Halen. Not even the mighty Guns N’ Roses came out unscathed and took heat for being ‘cheesy’ and a relic of the ’80s.

Belly To Belly Volume One sports a completely different sound, in an attempt to blend in with grunge and modern sounding bands that were indicative of the mid-1990s. The album was a commercial flop, not only with the industry but also with Warrant fans who were left abandoned by one of their favorite bands and also the fabric of an entire era that was flourishing just five years prior.

“In 1996, I went to a concert headlined by Vince Neil (this was during his ill-fated “solo” period) that also featured Slaughter and Warrant. All three acts were at the lowest points in their career. But something happened at this show that I will always remember. After his first song, Warrant‘s Jani Lane promised the crowd he would sing ‘Cherry Pie’ and ‘Heaven’ and all the songs he knew everyone had paid to hear, but he just asked that we sit through a half dozen of the new (and to be honest -horrible) songs he had recorded on the unsuccessful ‘Dog Eat Dog’ record. He didn’t ask this as a self-conscious, self-depreciating way; he was almost begging. Basically, he agreed to deliver all the old songs he hated if we would politely listen to the new stuff he cared about.”

Interestingly enough, the Dog Eat Dog album bared somewhat of a resemblance of the Warrant sound that made them famous, albeit a little harder and angrier. But Belly To Belly Volume One is a completely different animal. Beaten down by a new decade, a new era, new attitudes and new sounds, Warrant went the route of a modern grunge sound that was accepted by nobody. In this author’s opinion, Belly To Belly Volume One is drab, uninteresting and lacking the extremely catchy hooks and melodies that Jani Lane could write.

If you’re looking for the Warrant that lifted your spirits from the hits you remember, you certainly won’t find it here.