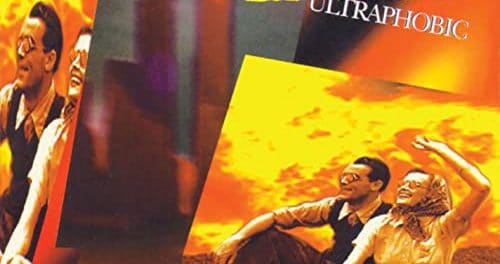 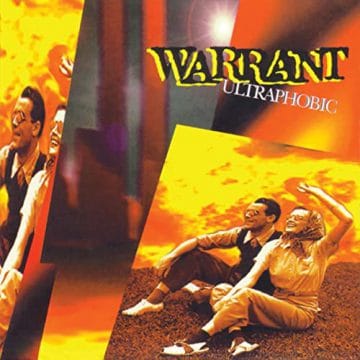 Review by Jeff Onorato:
It’s hard to believe that it’s been 25 years since Warrant released their fourth album, Ultraphobic. The advent of grunge music and its dastardly effect on the ’80s rock scene may forever be remembered in music history as a great changing of the guard. Many bands that found huge success in the eighties and early nineties suddenly found themselves mostly forgotten by mainstream press, radio and MTV in what seemed like the flip of a switch. One of L.A.’s most successful acts, Warrant, were a perfect example of that. Both their debut and sophomore albums saw platinum success, chart topping singles, and hit videos. By the time they released their third album, Dog Eat Dog, there was a change in the weather. Perhaps savvy to the shifting flavor-of-the-month tastes of the music-buying consumer, Warrant naturally adapted their sound and look in a bid to maintain relevance. As a result, Dog Eat Dog had a much heavier sound and attitude with darker lyrical themes. The band members even donned matching black leather and ponytails for their photos within the CD sleeve. Ultimately, these measures taken did only minimal damage control and Dog Eat Dog sold just a fraction of their previous releases.

Following the lackluster performance of Dog Eat Dog, cancelled tour dates, and the departure of drummer Steven Sweet and guitarist Joey Allen, Warrant took more drastic steps when they re-emerged in 1995 with their independently released album Ultraphobic (CMC Records). CMC Records were the saving grace for many displaced rock acts in the nineties, similar to the way many bands fine refuge with Frontiers Music Srl today. The first noticeable change with this release was with the packaging of the album. The band traded in the larger-than-life cartoonish icon of Dirty Rotten Filthy Stinking Rich and tongue-in-cheek inuendo of Cherry Pie with a retro looking couple out for a summer picnic. OK, not a deal breaker. Further examination of the CD sleeve reveals a rather somber looking photo of the Down Boys, now joined by Kingdom Come guitarist Rick Steier, drummer James Kottak and keyboardist Dave White (from Baltimore, Maryland).

The first shot fired from Ultraphobic, “Undertow” is a quick reminder of what a great songwriter, vocalist and musician Jani Lane was. It also sets the tone for what’s to follow further into the eleven songs on the CD. With layered vocals, a distorted guitar riff and reflective subject-matter, “Undertow” is one of the catchiest and most memorable cuts on the entire album. “Followed” opens with a heavy dirge that sounds like the guitar and bass have been merged into one instrument. It’s ultimately Jani’s anguished, angry vocals that rise above and takes the listener around dramatic twists and turns in the song, which laments regret and naivety in a relationship.

The album’s first single, “Family Picnic”, tackles the serious subject matter of child abuse and is sung from the victim’s perspective with a hypnotic disconnect at the verses – very effective. It’s a far cry from “32 Pennies”, but this isn’t the first time that Warrant have infused eye-opening social commentary into one of their songs. They also did so on Dog Eat Dog with “April 2031”, which addressed mankind’s destruction of the environment. “Sum of One” is the first of two ballads to turn up on the release, and also a personal favorite of mine. It begins with a melancholy guitar verse before the processed vocals merge in. Jani sings without the effects at the chorus, which are followed by a cool guitar solo by Rick Steier. “Chameleon” is another high point on the album and serves as a cautionary warning to those under the spell of deception.

The bass playing skills of Mr. Jerry Dixon are clearly on display throughout “Crawl Space”, without a prominent melody line from the guitar at the forefront; another glaring example of the band adopting new musical facets into the structure of their songs. Even so, this track is packed with hooks and I often look forward to this song when I spin Ultraphobic. To my ears, “Live Inside of You” and “High” have the most “traditional” Warrant sound on the entire record. “High” has a soaring chorus that would have easily made it a contender for inclusion on one of their earlier releases. The same can be said of “Live Inside of You”, which would have been right at home on Cherry Pie or Dog Eat Dog.

The title track “Ultraphobic” has a frenzied, up-tempo guitar strum that would make it a prime candidate for Warrant’s setlist if they were looking to dust off a deep album cut. The song has a frantic, punky rhythm that would sure get audiences on their feet and I could see it going over very well for them in a live setting. “Ride #2” sounds like it’s set to a drum machine in parts and is one of the most modern sounding tracks in the batch. That being said, it’s one of the heavier spots on the album and features a cool bass lick in the middle of the song.  Another contender for the live show. I think Warrant saved the best for last with this one. The beautiful acoustic ballad “Stronger Now” rounds out the disc on a hopeful note and is one of the most poignant songs Warrant ever recorded. It’s one of resolve and personal triumph and is one of my favorite ballads that Lane ever penned.

Many longtime Warrant devotees find the sound of Ultraphobic polarizing at times, and I can understand why. While It certainly leans in the direction of alternative rock and lacks the pop-oriented metal that many of their earlier works peacock, I still recommend this album for your collection. If you can look beyond that glaring omission and listen with an open mind, there are many strokes of greatness to be found within Ultraphobic. Namely the brilliant songwriting craft that Lane possessed and Warrant’s penchant for delivering rocking tunes even in troubled times. R.I.P. Jani.

Review by Dustin Hinson:
The year is 1995 — grunge is almost dead (but not quite) and the same thing can be said for the hair metal bands. Dokken are re-united and release Dysfunctional, Danger Danger release Dawn, Skid Row unload Subhuman Race — and Warrant therefore unleash Ultraphobic.

In all honesty, Ultraphobic is not a horrible album for an ’80s band trying to blend in with the grunge movement. It’s also a very heartfelt album for those that actually pay attention to the lyrics. The pains of Jani Lane‘s divorce to Bobbi Brown are seen and felt in songs such as “Sum of One”, “High” and “Chameleon.” I’ve said this many times, Jani Lane is perhaps one of the most overlooked songwriters of his time, and the aforementioned songs prove that.

If you’re looking for a guitar-driven sound, you will not find it on Ultraphobic. There are however some very heavy guitar sounds. Joey Allen and Steven Sweet are not on this album, which may be sad for long-time Warrant fans. I find nothing wrong with Ultraphobic from start to finish as the songs I like the best are “Sum of One”, “Chameleon”, “High”, “Undertow” and “Stronger Now.” I consider the rest of the album to be filler material, yet I still view Ultraphobic as being better than Vince Neil‘s latest solo attempts. Ultraphobic is worth the money to get a piece of Jani Lane‘s heart.

NO COPYRIGHT INFRINGEMENT INTENDED, THIS VIDEO IS NOT MINE. ALL RIGHTS RESERVED TO THE OWNERS. FOR PROMOTIONAL PURPOSES OF CD ONLY!Video taken from 3/4″ U-ma…