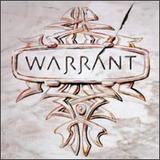 Review:
Back in the 80’s/early 90’s (before the internet boom) the best way for a band to score big would be to release a hit record, sell a million copies, then go on tour, and so forth. Nowadays it’s much harder to keep your head above water, especially when you are a band that had its biggest hits more than a decade ago. In that case the best thing to do is tour constantly, playing your greatest hits, over and over again, to almost the same audience every year.

Warrant may not be the critics’ favorite act, but they definitely left a mark on American hard rock history. During the band’s peak their singles were topping the charts, videos were all over MTV and tours were filling arenas worldwide. Since their heyday however, the band suffered a lot. A lot of fans turned away after grunge moved in and the tension in the band grew to the point where two original members left.

Warrant somehow survived the 90’s but incorporated a new darker sound. In 2004 main songwriter and front man, Jani Lane, left the band, which to many seemed like a curtain call for the band.

But again Warrant miraculously survived. More than that, all the remaining original members (excluding Lane) teamed up with a new vocalist and recorded an album of all new material. Even though it seemed impossible, the fans still longed for a reunion with Jani on vocals, and again the impossible happened. This summer Warrant returned, all original members in tow, and geared up for some U.S. tour dates.

I write this because I believe it just may be a good time to listen to one of the band’s most underrated recordings, their 1997 live album and Warrant‘s only official live work to date. This one is especially interesting, due to the fact that the band playing on this album comes from the most troubled period in the group’s history. At the same time it just may be, technically, the best version of Warrant.

Apart from the solid core of Lane on vocals, Erik Turner on rhythm guitar and Jerry Dixon on bass, we have Bobby Borg (of Beggars & Thieves) handling the drums and Rick Steier (ex-Kingdom Come and Wild Horses) on lead guitar.

The ‘additional’ players are just a few of many who played in Warrant during the late 90’s, but this collection seems to be the best this band ever had. A lot of musicians accuse hard rock bands of being lame on the technical side, but these guys here are no hacks. The drumming is extra tight and precise, yet still very powerful, and the guitar solos are much better than any Joey Allen (original and current lead guitarist’s) live performance. The rhythm guitar and bass also sound great. Overall the band’s sound is top notch, standing on a much higher level than that of the average 80’s sleaze rock band.

The only weak spot is Lane‘s vocal performance in some points. Not that he sucks as a front man, as you can hear that he interacts well with the crowd, the problem is his voice. At some points it’s just really weak. You can really hear it when he is trying to hit those high notes. Luckily these moments are rare, and generally Jani pulls it off. At least nobody can accuse this recording of being studio overdubbed.

The other problem, especially for Warrant fans who only like the band’s early work, may be the setlist on this CD. It is split between old-school Warrant and their later alternative/grungy incarnation. There is a lot of material from the Ultraphobic and Belly To Belly CD’s, which isn’t really strange due to the fact that this recording comes from one of the shows of their mini-tour supporting the latter album. I believe that a lot of people that know Warrant only from the “Cherry Pie”/”Heaven” era may find Live 1986-1997 interesting.

One of the cool things here are the song arrangements, which are a little different than the album versions. There is also a drum solo here and a very powerful jam session/outro at the end of “Cherry Pie”.

All in all this is a very good live album.

Although a lot of reviews seem to sling shit at it, I must say that the songs sound terrific. Even though the vocal performance may sound poor at times, Live 1986-1997 is the best available showcase of Warrant in a live setting. I believe this CD would be a good warm up before attending a live show.