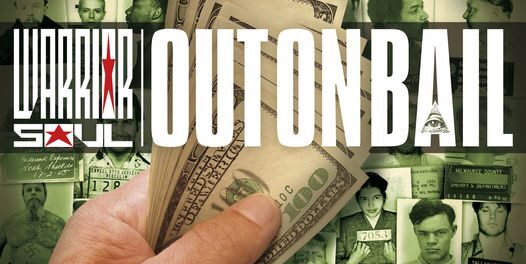 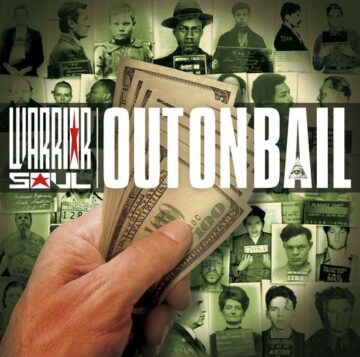 WARRIOR SOUL
OUT ON BAIL
To be released on March 4, 2022 (Livewire / Cargo Records UK)

Review:
Warrior Soul’s enigmatic leader Kory Clarke has never compromised his integrity in doing exactly what he wants in a career that now spans well over three decades, and includes albums that divided heated opinion such as the much maligned Salutations From The Ghetto Nation, and Space Age Playboys, which he then turned into a full blown but brief band.

Into 2022 with their first album of original material since 2019’s Rock N Roll Disease and the first single “We’re Alive” is slow to start but builds into a defiant middle finger salute to the global pandemic with an almost authoritatively stubborn stance. It’s not an instant opener but it is effective. “One More For The Road” is another tribute to constant touring, and finds Kory in fine Spike from The Quireboys meets Tom Keifer vocal style and he even plays drums on what is obviously a personal, but sadly rather meandering and forgettable track. “Hip Hip Hooray” gets back to full ironic, pandemic related lyrics over a suitably chanting rhythm.

It’s the title track “Out On Bail” which really lifts this album. A glorious hard rocker that is once again reminiscent of The Quireboys at their best, but with the consistently wry Kory lyrical  observations. This continues on “Cancelled Culture” which runs the title track close as my favourite on the album, and features fine rhythm section work from bassist Christian Kimmett and drummer John Besser. “End of The World” strays into psychedelic Space Age Playboys territory which never floated my particular boat and still doesn’t all these years later. “Yo Yo” follows that particular suit almost to the letter — although it does have a slightly harder edge. Album closer “The New Paradigm” is the man’s manifesto on all things, that is nicely done and perfectly played but nevertheless  just odd.

The production is effective and the band members are suitably shambolic, with Kory’s broken glass swallowed voice getting coarser with each release. There’s not as much apparent joy to be had as there was on the covers album Cocaine & Other Good Stuff, and it doesn’t rock as hard as the brilliant Back On the Lash (2017), but there is enough contained on this album to ensure at least a couple of quality additions to the live shows. A Warrior Soul album is never less than interesting and Kory deserves much kudos for never conforming and continually ploughing his own path and that’s exactly what he does here.