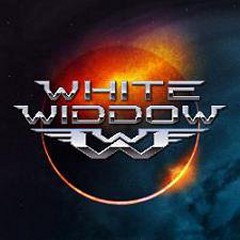 Review:
‘WOW! All he could say was WOW!’ — This is a quote from a book I have read to my young one’s many times. It’s about a mouse named Lily who gets a snappy new purple purse and that is all anyone could say about it… ‘WOW’! That’s how I was when I first spun the self-titled debut from Melbourne Australia’s own White Widdow — and the sentiment still rings true after many, many spins.

I am curious as to the band’s name choice though. It’s not a bad name mind you, not at all, but here in the continental US ‘white widow’ refers to that green leaf, hairy budded plant known for its abundance of white trichomes and its high potency. ‘White Widow’ has been said to leave the user with a relaxed feeling and mood enhancements — that last statement sure could ring true of the band as well!

This disc is one of those that can, and should, be spun front to back… no track skips, no filler and on an endless loop that I assure you will not get tiring. The band quotes influences such as Dokken, Survivor, White Sister, Treat and Bon Jovi — and I concur, and hear a hefty dose of Nelson‘s After The Rain, Giant, TNT and Bad English among others of the melodic rock/AOR ilk.

White Widdow obviously has their stuff together as the songwriting is what you’d expect to hear in an AOR band, with tunes about being in love, losing love, nursing a broken heart and breaking hearts. The album also finds tasty, oh so tasty, guitar rhythms and leads by virtuoso Enzo Almanzi and a thorough dose of tinkling keys by Xavier Millis to appease any “Runaway” era Bon Jovi fanatic (however said keys certainly don’t squelch that hard rock edge). Vocally Jules Millis is a perfect voice for the genre — he hits the highs, nails the sighs and has the power and uniqueness to carry the band and their songs. Holding down the bottom end better than a tight pair of ‘Spanx’ are bassist Trent Wilson and this author’s self proclaimed ‘Dr. Fill’, Jim Naish on drums.

Stand out tracks for me are “One More Day”, “Change Of Passion”, “Fire & Ice” and… aww hell, they’re all great! Kind of like Lay’s potato chips, I ‘bet you can’t eat just one’ (or in this case play one White Widdow track) and not want more and more! I am hoping upon hope that White Widdow can stick it out and release more killer AOR as given to us in this stellar self-titled debut.