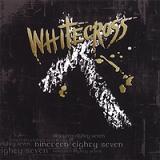 Review:
How dare such a phenomenal band with some of the most talented, but unfortunately, underrated musicians around, re-release their brilliant and quintessential debut? Well, they make the darn thing better than the original that’s how! No kidding! Better. From the minute I started spinning this mother I knew it was going to be blown away and I was.

The amazingly talented partnership of Scott Wenzel and Rex Carroll have reunited and taken what to a handful of aficionado’s was a brilliant slab of “white metal” and turned the bugger up to 11. No stone left unturned, every cut is not only remastered, but re-recorded! Yea they re-recorded the whole debut, plus a few new diddy’s to sweeten the pot. And I will say, after almost 20 years these guys haven’t lost any of their musical prowess. If anything Rex is faster and Scott‘s voice is just as powerful as it ever was – which is amazing considering the time and the Stephen Pearcy-esque raspiness of his voice.

I know some folks will turn a deaf ear to this band due to the religious themes running rampant throughout Nineteen Eighty Seven. Well shame on you – open those blinders a bit and appreciate the musicianship for what it is, one of the best hard rock bands/releases ever.

If you can’t get enough of bands like Dokken, Ratt and any number of million album sellers from the late 80’s then Whitecross‘ Nineteen Eighty Seven is for you. If shredders like George Lynch, Warren DeMartini, Vivian Campbell, Steve Vai, Joe Satriani, Eddie Van Halen and a host of others gets your head bobbing and your feet tapping then again Rex Carroll and company are a band that you need to hear.

I wanted to pick some of my favorites from the CD and list them here, but it is really hard. This album is/was one of those rare recordings that does not have a bad song on it (think of albums like AC/DC‘s Highway To Hell or Back In Black or Boston‘s debut or Whitesnake‘s Slide It In or Def Leppard‘s High N Dry or Pyromania…). A solid recording through and through, and as stated before the re-recording takes these already fabulous tunes and gives them a much more powerful in your face production that is lacking from a good number of recordings from the 80’s. Anyway, top picks for me are “Enough Is Enough”, “Nagasake”, “Signs Of The End”, “Re:Animate”, “Love On The Line”, “All I Need” and “Who Will You Follow”…

I would wish this kind of treatment on a host of other rock releases from the genre, but I would be worried that the artists could not or would not have the ability to pull it off like the boys in Whitecross have. I see that the band is playing some live shows, what a sight to see and hear that would be.