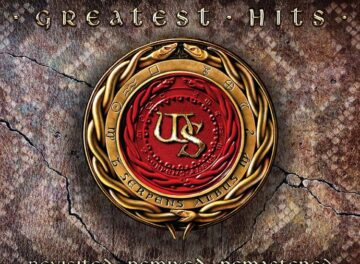 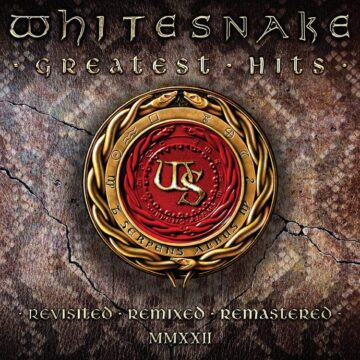 Review:
Whitesnake or more specifically, David Coverdale, continues to revisit his lengthy career like he’s done with deluxe sets of the Geffen Records catalog, along with other stand alone ‘themed’ compilations. The only thing Coverdale hadn’t touched was the Greatest Hits collection originally released in 1994 in North America. Well, if you’ve wondered what some of the biggest Whitesnake hits would sound like receiving the remixed treatment, well now is your chance. Whitesnake‘s Greatest Hits – Revisited – Remixed – Remastered features updated versions of classics like “Still of The Night,” “Here I Go Again,” “Is This Love,” “Fool For Your Loving,” and “The Deeper The Love.”

Whitesnake founder and lead singer David Coverdale had 16 tracks remixed and remastered for this collection adding two additional tunes (“Give Me All Your Love” and “Forevermore”) compared to the 14 on the ’94 version. Newly recorded keyboards by Derek Sherinian (Dream Theater, Billy Idol, Sons of Apollo) appear on this compilation. Sherinian also injected his Jon Lord-esque Hammond organ as heard on Whitesnake’s Red, White and Blues album trilogy. Coverdale also raided the vault and he unearthed vintage recordings from guitarist John Sykes that didn’t appear on the original recordings, which can be found exclusively in this remixed compilation. You’ll hear a different guitar solo on their first American hit “Slide It In” and new rhythm guitar tracks heard on “Give Me All Your Love.”

Predictably, Whitesnake‘s Greatest Hits – Revisited – Remixed – Remastered focuses on the band’s three best selling and better known albums consisting of 1984’s Slide It In, 1987’s Whitesnake, and 1989’s Slip of The Tongue. In an effort to go a little deeper, resurfacing is “Sweet Lady Luck,” the b-side on the single for “The Deeper The Love.” Coverdale added the stellar “Forevermore,” the title track from the band’s 2011 album, injecting something current to this revamped, remixed retrospective. Adrian Vandenberg, John Sykes and Steve Vai shine alongside “Lord” Coverdale on this collection. The only complaint I have is the ‘muzzled’ version of “Fool For Your Loving” on this album. Steve Vai was cut going into the blazing solo! That said this is a good starter pack to introduce Whitesnake to new fans. This comes hot on the heels of Whitesnake’s Farewell Tour.