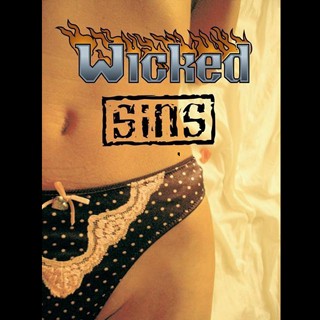 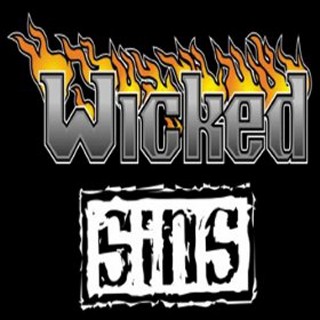 Review:
“Hide your daughter, your sister and your girlfriend; Cause Wicked Sins are invading your town”. If the song titles on Wicked Sins‘ latest album didn’t offer a hint of what you’d be in for, the aforementioned opening lyrics of “Doin The World” surely would. Simply put this is hard rock influenced by ’80s hair bands — complete with songs about sex and love… depending on the speed of the track.

Wicked Sins aren’t going to set the world on fire with their new album, and I doubt they would have if it was released in 1989. While there is nothing wrong with this CD it is a formula we have heard a million times before — that being an album full of hard rockers mixed with a handful of ballads. It is CD that would have fit perfectly in the late-’80s hair band era, but it also would likely have gone relatively unnoticed like so many other regional acts from that time period.

“Doin The World” and “Between The Sheets” kick the disc off with sex driven lyrics that would make adolescent boys envious, although they are a bit cliched and corny for the rest of us. Then comes the ballad “One More Night” where vocalist Dyer Knight sounds a bit like Mark Slaughter. Its back to the sleazy lyrics on the rumbling “Down & Dirty” and “Sex & Rock” before Wicked Sins really hit their stride on “Dance For Me” — sure it has a chorus that I swear I’ve heard before, but the song successfully shirts gears throughout. “Playin’ With Fire” goes straight back to the ‘boys in heat’ lyrical content and I begin to wonder if this album was written years ago when the members were still in high-school — as it turns out some of these songs originally appeared on a 1999 independent release. From there this CD pretty much repeats itself with “FireWater” standing out from the pack.

Wicked Sins is the type of album that would sell for a fortune on eBay if it had came out decades ago, simply because it would be a little known release that would entice collectors. Unfortunately this is 2011 (the digital version came out last year) meaning bands like Wicked Sins are dated before they even release anything. This CD is pretty much paint-by-numbers late ’80s hair rock, so if that is your thing give it a listen. If nothing else it is a fitting tribute and represents the final works of drummer Donnie Troy Stiff who was tragically murdered just days after the final mixing was done.