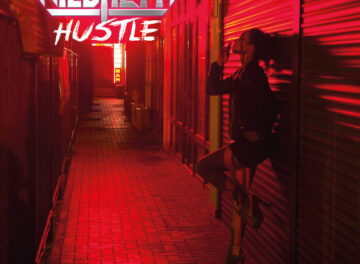 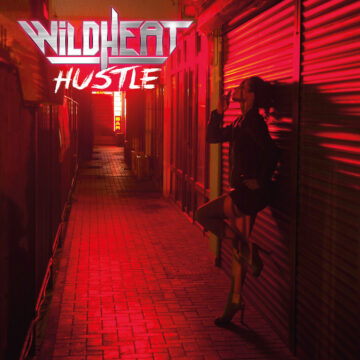 Review:
After a protracted Covid instigated delay, Belfast rockers Wild Heat finally get to release their second album following on from their well-received debut Call of The Void in 2018, which they began recording the year after and before the world pretty much stopped turning for a couple of years.

The band set their stall out immediately with the salacious, hard rocking “Red Light” that is pretty much guaranteed to put a smile on your face and get the head nodding in time and with much approval. “That Night” is a steamy grower in which vocalist Tommy Bell has more than a passing nod to Feargal Sharkey in delivery — which only adds more quality to the song, alongside first of many fine guitar breaks from Carlos Goggin. The full tilt boogie belter “Dynamite” is simply pleading to be a single; before giving way to the seedy and insistent “Shame On You” and the hard driving “Long Gone” which is certain to be a crowd pleaser at every one of their gigs.

The first single release from the set is the dirty “Filthy Love” which whips up a slightly Mötley Crüe feel that wouldn’t have been out of place on the underrated New Tattoo album and stands out here too. The adrenalin fuelled “Hypnotised” is another strong contender for a single with yet another excellent solo break from Goggin. The street tough swagger of title track “Hustle” leads into the funk infused “Crazy” that has more than a passing resemblance to Kings X for me, before we’re back to solid rock for album closer “Let Go.”

The production is crisp and the band members are definitely firing on all cylinders — the rhythm section of Neal Fowler on bass and Konstatin G on drums are consistently solidly spot on, and guitarist Dave Zane ably assists Goggin’s aforementioned quality work. Vocalist Tommy Bell is in fine form throughout a very strong collection of songs that don’t muck about and never outstay their welcome.

The basic fundamental fact of the matter is that this is a flat out, ballsy rocker of an album, chock full of no frills, quality driving rock that is the perfect accompaniment for a bloody good night out or a neighbour annoying night in! Their first album was very good but this one is just SO much better. My only criticism is that they should have named it after track three — “Dynamite” — because that’s what it is!