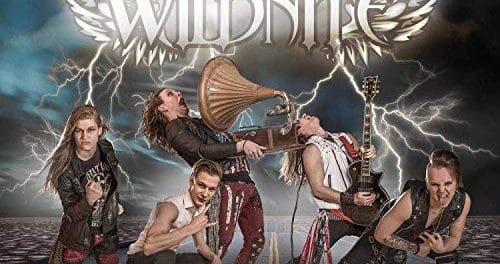 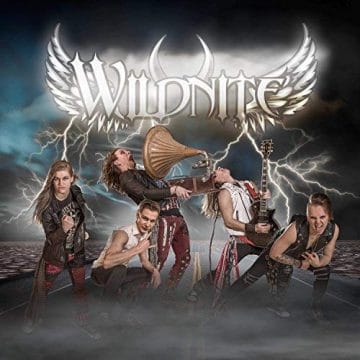 Review:
Norwegian rockers Wildnite are yet another group that decided to release singles and videos in advance of their debut album. Funny enough, I wasn’t too enthralled by the first two songs chosen to be featured in videos — “Tears N’ Fire” and “Days Of No Trust” — but upon listening to the band’s debut self-titled album as a whole, I like those two songs a lot more.

The music itself on Wildnite is fantastic. Great riffs, strong melodies, some real grooving (for example, “Rock It”) and a crisp sound set the stage for a killer album. Lead guitarist Magic Mick can definitely come up with some memorable guitar solos when given the opportunity. The background vocals throughout the record are well timed and add a lot to the songs. The one love or hate part of the record is singer Baron Sobye‘s vocals. It’s not that Sobye‘s vocals are bad by any means but it seems that if he had a bit more range and a higher voice than his baritone styled vocals, I think the songs on Wildnite would shine a lot more. That being said, I enjoy the album as a whole when listening to it and once I get “used to” Sobye‘s vocals.

There is only one track that I find should have been omitted. While “Days Of No Trust” is an awesome acoustic type ballad that may well be the highlight of the group’s live set, the ballad “I Remember You” fails on so many fronts and really tends to highlights Sobye‘s deficiencies rather than his strengths. It just sounds like he’s struggling on that song. While I love the opening guitar riff and overall melodies on the opener “I’ll Be There”, I often wonder what the track would sound like with tad more powerful lead vocals. All the rest of the songs on Wildnite are enjoyable. Wildnite are not reinventing the wheel with their debut album as you’ll likely have heard before everything that they offer but it’s simply enjoyable “party rock” listening. My favorite songs are “Dr. Pain,” the opener “I’ll Be There” despite my pining for slightly more powerful vocals and the easy to sing along to “Rock On The Radio” with the vocals that remind me of Poison‘s Bret Michaels at times. Speaking of Michaels, the opening verses by Sobye on “Nitetime” remind me a lot of the verses on Poison‘s “Nothin’ But A Good Time.”

At the end of the day, all I know is that whenever I put on Wildnite‘s debut self-titled album, I end up listening to it in its entirety while often singing along. You can’t ask for much more than that from any record that you listen to.

Wildnite‘s “Days Of No Trust” video: