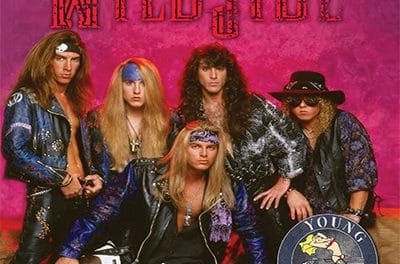 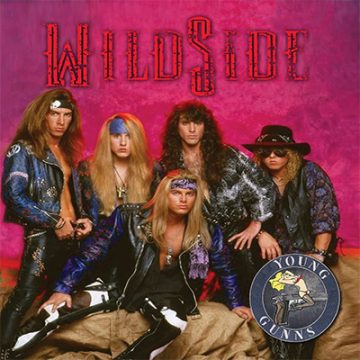 Review:
As I listened to WildSide‘s tracks from their early years on the album titled …Formerly Known As Young Gunns recently released via FnA Records, two thoughts really came to my mind. My first thought was “Wow! These tracks are really good.” My second thought was “Why didn’t WildSide use these songs for their second album instead of that terrible self-titled sophomore record that they ended up releasing in 1995?” I suspect that the reason for the latter question is that the group wanted and was hoping to adapt to the new grunge era — what a mistake — which explains why guitarists Brent Woods and Benny Rhynedance left the band before that album.

For those familiar with WildSide, you likely know that they released one of the greatest “hair metal” debut albums of all-time with 1992’s Under The Influence. Unfortunately, it was a great record released at the wrong time just when the awful grunge era was slowly creeping in and as we were absolutely flooded with hair metal bands with big hair and spandex. There’s no question that Under The Influence is an amazing record that has stood the test of time and I really think that choosing and using the ten best tracks on …Formerly Known As Young Gunns would have provided WildSide with one more great album. Why the songs on …Formerly Known As Young Gunns didn’t get utilized later on or until now is a real mystery to me. I suppose better late than never.

As soon as you hear the first track “I’m Gonna Get You” regardless of what you know about WildSide, you will likely know exactly what music era that the band members came up through.  It’s one thing to try to recapture the magic from the late ’80s or early ’90s more than thirty years later but there isn’t anything better than the real thing. WildSide‘s pre-Under The Influence tracks were full of piss and vinegar — and as stated earlier — should have seen the light of day a lot sooner and really as the group’s sophomore effort. The first four songs on …Formerly Known As Young Gunns are picture book perfect examples of the great songs that was coming out in the early ’90s. Singer Drew Hannah‘s vocal delivery is simply phenomenal capturing attitude, high shrieks and a certain swagger that many lead vocalists these days simply can’t capture. The background vocals are well timed and the guitar work from Benny Rhynedance and Brent Woods (who reportedly haven’t spoken to each other since 1993) is outstanding. Unfortunately, there are so many great songs on …Formerly Known As Young Gunns that should have seen the light of day a lot sooner. The ballad “Cold December Morning” could have been a big hit had it been properly released while the group was toiling away until signing their big deal with Capitol Records in 1990.

One cool thing about …Formerly Known As Young Gunns is the CD booklet, which has Hannah‘s thoughts on most of the tracks including some background information such as how drummer Jimmy D. got in the band. Usually, I am not a fan of albums exceeding ten songs and certainly not 12 but there really aren’t any duds on …Formerly Known As Young Gunns despite the 15-track offering. The sound at times on the album isn’t the greatest but you have to remember that most of the songs were likely demo recordings. Some may notice that four of the songs on …Formerly Known As Young Gunns consisting of “Easy As 1-2-3”, “Sweet Little Sinner”, “City of Love” and “Dance Swing” previously appeared on the album The Wasted Years, which was released via RLS Records back in 2004. Nevertheless, the former offers so many additional killer tracks such as “Little Piece of Heaven”, “Cold December Morning” and “One Touch” that it is definitely worth picking up.

The official video for the single “Easy as 1-2-3” from Wildside’s album “…Formerly Known as Young Gunns,” available here: http://fnarecords.net/formerly-kn…