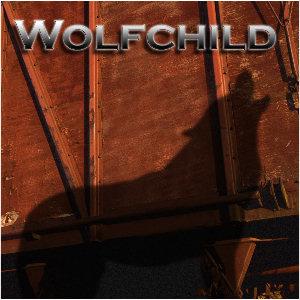 Review:
A year and a half ago, I first reviewed Wolfchild, and they still claim that “real rock is not dead”, only this time they drive that statement home with conviction. One of the cool things about running this website for so long is that I am able to watch young bands grow and perfect their craft, and Wolfchild is a shining example.

Their Toxic EP was good, but this self-titled release really captures this Finnish band at their best. Anyone that thinks you have to be fancy and inventive to make a killer rock song need only listen to “Don’t Shoot Me”. On this tune, Wolfchild takes an uncomplicated riff and forces it down your throat over and over again. It’s so simple, so contagious…so fucking perfect! I’ve been playing the living shit out of this song and it gets my vote for best riff of 2006!

But the great songs don’t begin and end with that gem. “Walk Away” takes a page out of Dirty Looks‘ musical playbook, “Day By Day” rocks with barroom boogie attitude, and “One Woman” dives into early ’80s metal. Of course the best two songs on the EP, “Gasoline” and “Cuts Like A Knife” (which sounds even better than I remember and would make for a cool biker anthem), show up here as well.

Wolfchild is an awesome hard rock album, and as good as the band is as a whole it is the guitar work that will make your jaw drop in awe. However it’s not the type of guitar work that tries to impress with speed or virtuosity, instead it keeps things simple and memorable. I’m not sure who to compare the vocals too, they are powerful and gruff – the closest comparison I can come up with is less annoying version of Thor. But honestly, who cares who Wolfchild sounds like? All I know is that this disc has been, and will be, getting lots of spins.