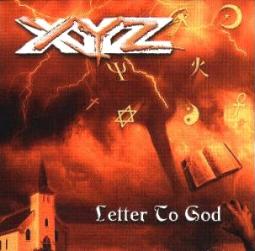 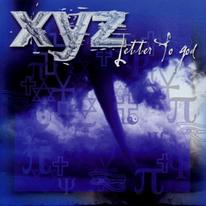 Review:
XYZ have returned with another killer release, too bad it was recorded under such tragic circumstances. Vocalist Terry Ilous wrote and dedicated this album to his son, who unfortunately passed away late last year. Ilous and drummer Paul Monroe are the only remaining members from the band’s original heyday, but Mark Diglio co-wrote several songs so there is no mistaking that this is an XYZ disc–and what a disc it is!

The album kicks off with “What’s On Your Mind”, a song that would have fit in on any of the group’s previous releases, and may in fact be their best recording to date. “Asking” and “Deny” are beautiful, semi-acoustic, ballads. “Touch The Sky” is a rocker that incorporates XYZ‘s trademark sing along choruses. “Tell Me” switches from soothing to rocking without missing a beat, and doesn’t let the listener down. By the time you get to “Well” you could swear that you had accidentally inserted the band’s second disc Hungry by accident.

The beauty of Letter To God is the fact that it contains something for everybody–80’s sounding rockers, an updated XYZ sound, heartfelt ballads and even reworking of two classic tunes. Plus remember that the songs are so damn good that you can’t go wrong with this album. If every returning 80’s hard rock band came back with a gem like this, perhaps the genre would be topping the charts once again.