Revival Black release video for new single “Take You Out”

UK rockers Revival Black consisting of lead vocalist Dan Byrne, guitarists Alan Rimmer and Adam Kerbache, bassist Jamie Hayward and drummer Ash Janes have released a video for their new single “Take You Out” from their upcoming album Under The Light, which will be available via TMR Rock Records on May 6, 2022. 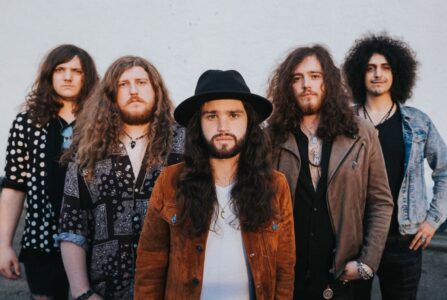 “UK hard rock champions, Revival Black are delighted to release a brand-new single and video, “Take You Out.” It is the second song to be released from their forthcoming album, entitled Under The Light to be released on 06 May 2022.

“Take You Out” is available across all streaming and download platforms,

Revival Black have also released a video to accompany the single. The video was shot ‘as live’ at the fast-becoming legendary, Leo’s Red Lion, in Gravesend.

“Take You Out” is an emotion-driven tale of the end of a toxic relationship, as singer Dan Byrne, explains, “I explored love and loss as one and the same with this song. I found myself reflecting upon the damage caused in the wake of a challenging relationship breakup. Ironically, “Take You Out” is arguably the most upbeat track from Under The Light and is further proof of the light and dark elements in our upcoming album.”

He added, “Under The Light came out exactly as we envisaged. We used Loic at Motor Museum again as it give us a familiarity but now we were even more comfortable as a band since the first album. We are sharper, leaner and dare I say, hungrier than on the first album. And if you thought we were ravenous then – wait until you hear this!”

Under The Light is available for pre-order in various formats and is the very first release on the new label imprint – TMR Rock Records www.revivalblack.com”

Revival Black‘s “Take You Out” video: