Revolution Saints unleash video for song “When The Heartache Has Gone” 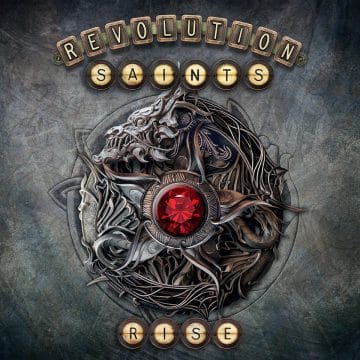 Amazon indicates the following in that regard (with slight edits): “Deen Castronovo (The Dead Daisies, ex-Journey), Doug Aldrich (ex-Dio, Whitesnake), and Jack Blades (Night Ranger, Damn Yankees) return with their third album, Rise. As with the first two well-received albums, Rev Saints (as the fans like to call them) are bringing back the classic melodic rock style that thrilled and delighted legions of fans in the ’80s and ’90s and still does today! Inspiring, uplifting vocals, soaring melodies, and musicianship to die for is what you get in spades here.”

Revolution Saints‘ “When The Heartache Has Gone” video:

Revolution Saints – “When The Heartache Has Gone” (Official Music Video)

Subscribe To Our Channel: http://radi.al/SubscribeFrontiers | From the album RISE. Buy or stream HERE: https://radi.al/Rise | T-shirt bundles available on ou…