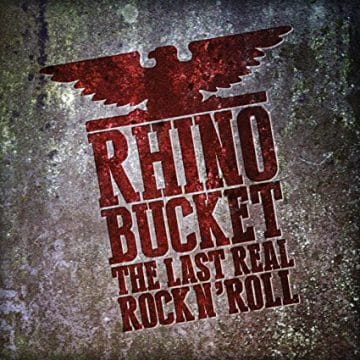 The following was published in an article by Acetate Records two days ago (with slight edits):

Original members Georg Dolivo and Reeve Downes are joined by Brian “Damage” Forsythe (Kix) and ace drummer Dave DuCey on the Bucket’s seventh studio album. Georg – “Eddie came in and reminded us to be the band we were… bad ass. He matched us note for note with his fercious talent and insight!””

Amazon‘s Editorial Review states: “To put it simply, Rhino Bucket sound exactly like Bon Scott-era AC/DC, something for which the band makes no apologies. Furthermore, what could easily be passed off as mere plagiarism, becomes instead a celebration of 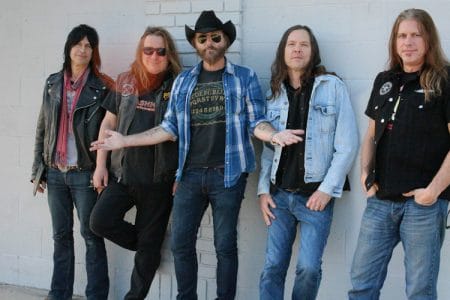 the original masterpiece thanks to Rhino Bucket‘s bold-faced indifference and oftentimes fantastic songs. They also deserve some credit for coming up with one of the most original and bizarre names in rock history. Formed in Van Nuys, CA in 1987, Rhino Bucket perfectly replicated AC/DC‘s raw, three-chord boogie to perfection, releasing two well received records on Reprise, which included the track Ride With Yourself tapped by Mike Myers‘ for the Wayne’s World movie. For their third release, the independently released album Pain, Rhino Bucket recruited former AC/DC skin-pounder Simon Wright before finally called it a day the following year… In 2006, Rhino Bucket reformed with Brian Damage Forsythe (Kix) taking on the guitar duties. The result was And Then It Got Ugly, their first album in over a dozen years. The band returned to Europe for the first time since promoting their debut album and the lead track from the album, Welcome To Hell, was featured in Darren Aronofsky‘s award-winning film, The Wrestler. A decade and two studio albums later, the reformed Rhino Bucket continues to tour, playing packed clubs and festivals in the US and Europe. 2017 will mark the release of The Last Real Rock n’ Roll Band, a collection of ballsy, blue collar anthems produced by Eddie Spaghetti (Supersuckers).”

As a huge and long-time fan of RHINO BUCKET since the very first album, I wanted to share this awesome song/video, as I never could find it anywhere in the w…