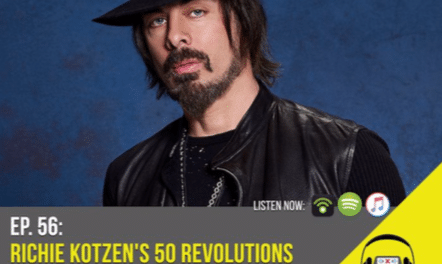 The Winery Dogs frontman and former Mr. Big and Poison guitarist Richie Kotzen was recently interviewed by the Tunestiles Podcast. 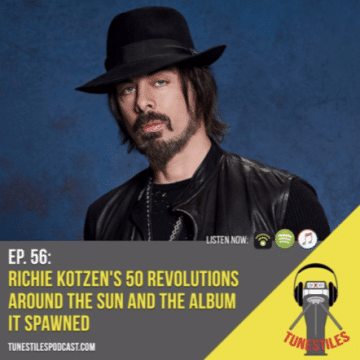 Kotzen was asked about his time in Mr. Big which led to The Winery Dogs, to which replied (as transcribed by the Tunestiles Podcast with slight edits): “I did two studio records with the band, and then that was really it. It wasn’t a very long tenure with the group. But you know, I always wanted to work with Billy Sheehan. And, of course, Eric, and so that’s really was the driving force in me making the decision to accept the offer. And then years went by, and then suddenly, in 2013, Billy and I connected again with The Winery Dogs, so it’s been, you know, he’s been in my life for a very long time. I often refer to him as my older brother.”

With respect to a third studio album from The Winery Dogs, Kotzen indicated (with slight edits): “We talked about it. Obviously right now, they’re touring with their band on a new record [Sons of Apollo’s MXXX], and I just released a new record a month ago, so needless to say, my focus is on what I’m doing with my music now. But the idea of making a record is something we discussed on that last tour in May [2019]. And the approach that I suggested was, let’s get together once in a while and throw around some ideas, and then once we know we have four or five songs that are at the level they need to be then we can look at doing a full record, and then we can decide on a release date. So it’s all very casual, very relaxed, which I think is the best environment for creativity. But the intent is there. So if I was betting, I would say yeah, there’s gonna be a third album in the foreseeable future.”

You can listen to the interview with Richie Kotzen at Tunestiles Podcast’s website.