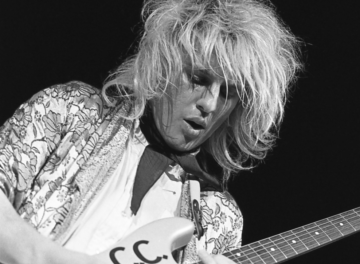 Richie Kotzen recalls Poison wanting someone with a musical voice and direction to replace C.C. DeVille

Former Poison guitarist and current Smith / Kotzen and The Winery Dogs frontman Richie Kotzen was recently interviewed by Andrew DiCecco for Vinyl Writer Music. Kotzen was in Poison from 1991 to 1993 and replaced the one and only C.C. DeVille. Kotzen played on the Poison studio album Native Tongue (1993) and the live record Seven Days Live (1993). 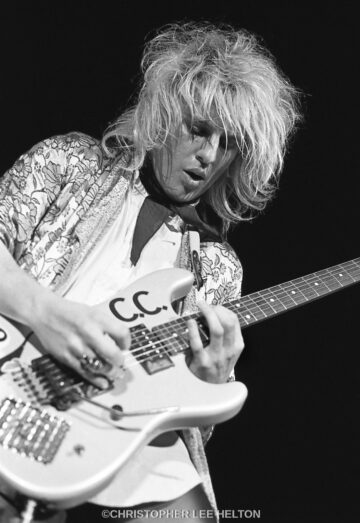 In terms of how he landed onto Poison‘s radar, Kotzen recalled: “I had done three albums with Shrapnel, so I had already been on the cover of one of the guitar magazines a couple of times. At that point, I had completely abandoned the instrumental guitar scene, and I was writing songs in which I was singing. I had signed to Interscope Records – they bought my contract from Shrapnel – and I was in L.A. and going to make what would have been my major label debut album, and I found myself at odds with the record company. So, it didn’t fare well for me, and I was released from my contract because I was so stubborn in the direction I wanted to go versus where the label wanted to go.

During that process, the label – they were great people – and they understood that I was really, really young. Their attitude was, “We’re gonna let this kid out of his contract so he can go figure it out because we’re not gonna be able to work with him.” And during that time, Bret Michaels was calling Tom Walley, who was the president of Interscope and the person who signed me to the label. They were interested in me joining the band, so they came to me because I was already known, and I think they knew that I was from P.A. So, I went to Bret’s house in Calabasas, had a meeting, and hit it off.”

With respect to the Native Tongue sessions, Kotzen recalled: “There were a handful of songs that I had already written for the most part, and that would be a song called “Stand,” another called “Fire and Ice,” and “7 Days Over You.” And there was a song called “Body Talk;” those four songs were pretty much done, and then when I brought them in. And Bret is very creative, so he changed some lyrics to make them more suited to his point of view.

So, I remember coming in with “Stand” with one set of lyrics in the verses, and we worked together to change a few things. We did the same thing on the song “Fire and Ice.” As for “7 Days Over You,” I think that was pretty much unchanged. And then there were a few songs that he brought in that he had written; a song called “Theater of the Soul” and another one was “Strike Up the Band.” Then the others came out of us jamming, and Bret and I did the lyrics together.”

You can read the rest of the interview with Richie Kotzen at Vinyl Writer Music‘s website.