Former Bon Jovi guitarist Richie Sambora and ex-Alice Cooper guitarist Orianthi have been a “power” music couple for some time now and are apparently set to release a new album together under the project name RSO.

In an interview with News.com.au, Sambora and Orianthi revealed that they recorded their upcoming new RSO album in 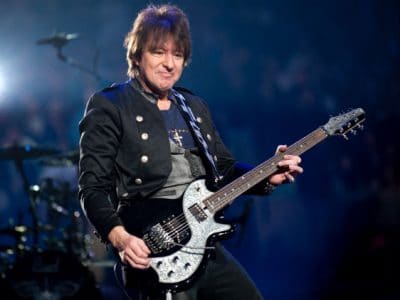 their home kitchen. Sambora also talked about whether he would ever work with Bon Jovi again and whether Bon Jovi tracks will surface in the couple’s setlist.

Sambora talked about the new RSO album being recorded in a kitchen when he stated: “Yes. It’s a pretty big kitchen! We put the right gear in our home. You get up in the morning and the next thing you know you’re recording. Sometimes it’s 6am. When you stop it’s 2am. That’s the great part of working in your home, I was never a guy who did that. I always used to like to get in the car to go to work. Luckily enough my daughter who’s living here enjoys the music, she enjoys all the banter.” Orianthi added: “Working in the kitchen suits me. When I need a break I can just turn around and start cooking.” 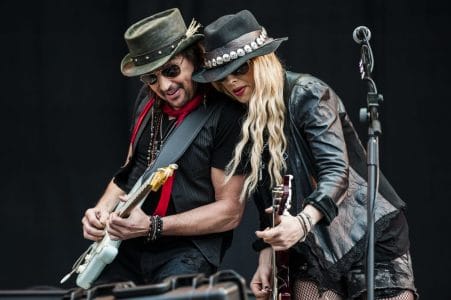 With respect to whether there will be Bon Jovi songs played during the couple’s current Australia tour, Sambora stated: “Of course. I wrote them. They’re my songs too. I get to play them, I get to do them the way Ori and I do them now. It’s a different incarnation but when you write a good song, if you’re fortunate enough to write something that gets to a global audience you really can’t mess it up too bad. You can’t mess Livin’ On a Prayer, Wanted Dead or Alive or I’ll Be There For You up. It’s all gonna come out good.”

In regard to where things are between him and Jon Bon Jovi, Sambora indicated: “We just talked a week ago. Everything is cool. They’re on a different trajectory, I’m on a different path. Plus I wanted to go out and sing.”

Finally, Sambora addressed the million dollar question of whether he would ever work with the Bon Jovi band in the future when he stated: “Never say never. There’s no malice. People propagate a story that there’s problems. No. You spend 30 something years in a band. That’s a long time. Not a lot of bands had that kind of longevity. We weren’t a band who took any breaks. The Rolling Stones or U2 will take three years off so they have a life, we didn’t really do that ever. The 30 years we put in probably felt like 50 years.”

You can read the rest of the interview at News.com.au.