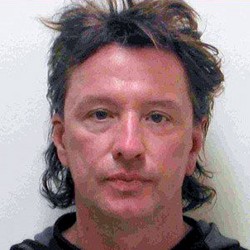 Bon Jovi guitarist Richie Sambora is headed to rehab to clean up and–surprisingly–his bandmates are ready to hit the road without him.

Josh Grossberg of Eonline.com reports that there has been no official comment on where or how long the 51-year-old Sambora will seek treatment. But it will be his third stint in rehab. Sambora was treated for alcoholism at ULCA Medical Center in June 2007, two months after losing his dad to lung cancer and his nine-year marriage to actress Heather Locklear came to an end.

The Lost Highway rocker didn’t stay sober for long, however. A year later, Sambora was busted for a DUI in Orange County, Calif. and ended up receiving three years’ probation after pleading no contest to a pair of drunken-driving charges.

As it happens, Richie’s decision to seek treatment comes on the heels of his probation ending last week.

His absence, however, won’t affect Bon Jovi’s upcoming tour, which kicks off in New Orleans April 30 and continues through the U.S. before heading to Europe in June.

“Our support for Richie is absolute,” his bandmates said in a statement. “He is, and will remain, a member of Bon Jovi.

“Although he will be absent from upcoming shows for the time being, we very much look forward to his healthy return. In the meantime, we will keep our commitment to our fans and continue our tour.”

Courtesy of www.sleazeroxx.com and www.eonline.com