Triumph guitarist and lead vocalist Rik Emmett was recently interviewed by Jimmy Kay for Canada’s The Metal Voice. Emmett was promoting his upcoming poetry book Reinvention Poems, which will be released via ECW Press on September 14, 2021, as well as the upcoming Triumph documentary by Banger Films, which will premiere at TIFF (Toronto International Film Festival) in Toronto, Ontario, Canada on September 10, 2021. 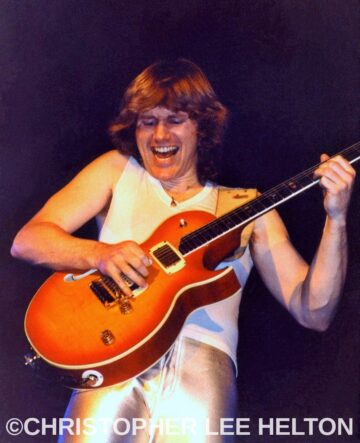 On whether his poetry book is also an autobiography, Emmett indicated (as transcribed by The Metal Voice with slight edits): “It was a big part of it, I was trying to have this therapeutic thing that was going on where I started writing and trying to come to terms with getting older and all the rest of that.”

Emmett was asked why not just write an autobiography to which he stated: “The memoir is coming but in typical Rik Emmett style I decided I was going to mish mash a bunch of stuff and try to reach for aesthetic before I had to buckle down. Memoir stuff is more like people want the anecdotes, the stories and what it was like to have been there. There is almost a reporting angle in that. Whereas with poetry, I felt like I had a lot more license to do and say things the way I wanted to try and say it. I just felt like I was going to take that step towards a world that’s more Gord Downie [The Tragically Hip] and Leonard Cohen and just take a baby step towards that and not necessarily putting myself on that level. This is only my first attempt. Generally thinking, I don’t think my poetry book is too hard to chew at but yes, sometimes I am hiding a little bit behind the words or trying to make it so that instead of pissing and moaning about whatever. I am actually trying to say how do I get over to virtue from vice? How do I make that flip and I think in poetry, it’s easier to do that than if you are just writing a standard autobiography memoir. The memoir is part of my book deal to come out in the future.”

Reinvention Poems mentions Emmett getting outvoted many times by the other Triumph members, Gil Moore (drums, lead vocals) and Mike Levine (bass) to which the guitarist commented: “In Triumph, when we first started, it was a trio and that is like a perfect little democracy. It’s as small as you can get and still have a perfect democracy. In the early stages, there would be 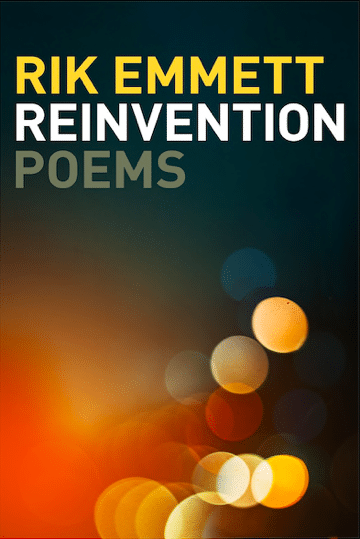 discussions, my voice would be taken seriously and we were building something. But once it got built to a certain point, there was an imbalance that existed. Gil Moore was the general manager of the band. It was really his thing. Mike Levine was the guy that dealt with the record company, he did the marketing and the promotion. So then when there were musical direction talks, I was going, ‘Hang on for a second, I think direction wise, we should be doing this’, then it was like, ‘Sorry Rik, you are getting outvoted.’ And I was getting outvoted on too much stuff. I think the other guys wanted it to be a very metal/hard rock kind of thing but I was the guy that was saying ‘How about a little more progressive?’ And later on, we weren’t even a hard rock band anymore because of what was happening at MCA/Universal. So there wasn’t even that integrity that metal/hard rock has and we were turning into a pop band. I don’t think any of us liked it but the other guys were going kind of like ‘Well, this is where the bread is buttered’ and I was like, ‘I don’t care about butter’.”

In regard to Banger Films‘ documentary on Triumph, Emmett stated: “Banger Films have done it and they are very experienced and they are telling their perspective of the story. They have done their research and then they decided, ‘This is the angle we are going to take.’ So that is the first lense you are getting. The other thing is, it’s not my story. In fact, I don’t actually own that brand. Gil owns that brand so you are going to get a little bit more of Gil‘s angle of it then Rik‘s and that is fine. I’m cool with that. In truth and in fairness, I think people need to know that. That is what you are going to see. You are going to see something that has been passed through those filters. Is this ok? Have all three guys signed off on this? Yes.”

You can read other excerpts from the interview with Rik Emmett at The Metal Voice‘s website and/or listen to the interview below: