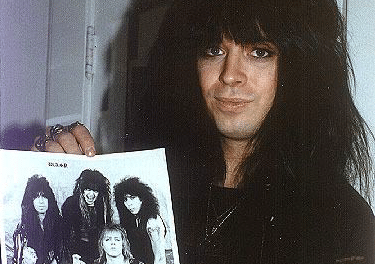 Rik Fox recalls being briefly replaced by Don Costa in W.A.S.P. before Blackie Lawless took over on bass

While many people know the name Rik Fox for the bassist’s time in the group Steeler with lead vocalist Ron Keel, Fox was also part of the original W.A.S.P. line-up and he came up with the band’s name back in 1982. 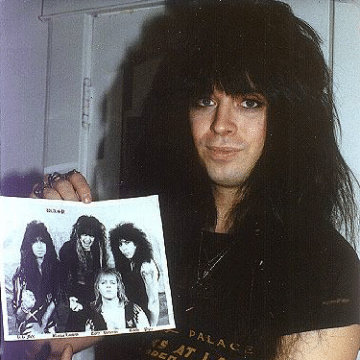 “Don Costa replaced me in WASP for one or two shows before Blackie got fed up with being upstaged, then he went to Ozzy Osbourne. Apparently, I was told that Blackie was begging Donny to join Sister and he kept saying NO! He didn’t want anything to do with Blackie. Tony Richards also came from Dante Fox, so it would have been a rhythm section package. Blackie then contacted me in Jersey and convinced me to come to Los Angeles and try out for Sister. I guess I had a similar look to Donny and I passed the audition on February 6, 1982. About a month later I came up with the name WASP. We recorded the original demo and did a photo session shot by Don Adkins. By the end of May 1982, without warning, I was let go from the band and ordered to surrender all my personal copies of the band photos. Donny was convinced to replace me until Blackie took over on bass and brought in Chris Holmes, who validated all this in his interviews.”

“W.A.S.P. began following the demise of Circus Circus, an L.A. band featuring Blackie Lawless and Randy Piper. The original lineup of W.A.S.P. was formed in Los Angeles, California in 1982 by Lawless, Piper, Rik Fox, and Tony Richards. The band became notorious for its raunchy and, at times, shocking live shows. Lawless was known to tie semi-naked models to a torture rack, and to also hurl raw meat into the audience. The band’s debut single, entitled “Animal (Fuck Like A Beast),” and its cover were equally controversial.

The first lineup didn’t last for long, as Rik Fox was let go and went on to join the band Steeler with vocalist Ron Keel and guitarist Yngwie Malmsteen. He was replaced by Don Costa, the bassist in Richards‘ former band, Dante Fox (which later evolved into Great White). Shortly afterward, Don Costa also left the band and his position on the bass was filled by Lawless. At the same time, guitarist Chris Holmes joined the band.”