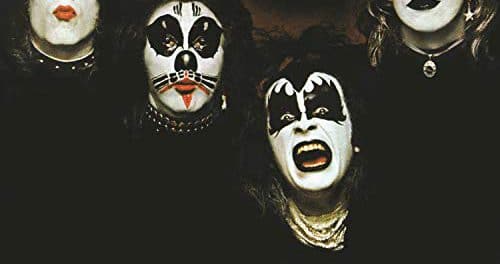 Former W.A.S.P. and Steeler bassist Rik Fox was recently interviewed by Andrew DiCecco for Vinyl Writer Music. Fox had the opportunity to witness the inception of KISS back in New York City during the band’s early days.

In terms of how he fit into the equation, Fox indicated: “I was in high school at the time, and Peter Criss’ family moved from Williamsburg, which is kind of the next town over, to an apartment right around the corner from my house there in Greenpoint. Now, Greenpoint was famous for having a lot of bars on almost every corner, and that goes way back to early, early Greenpoint. They moved upstairs over a bar on the corner of Monitor Street and Norman Avenue, and they didn’t have a backyard; their backyard consisted of going out their kitchen window onto a roof, which was over several parking garages. And then they would go up the ladder, to another part of the roof over their apartment, which is where Peter’s father had a coop of pigeons — a lot of 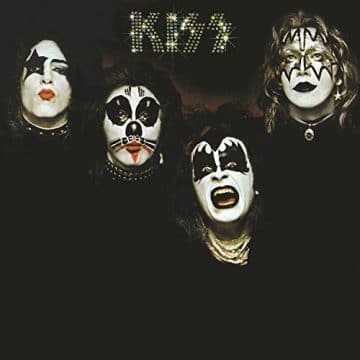 old Italian guys would have pigeons and they’d raised the pigeons around and let them out like that. So, that was his hobby. Peter had three sisters; Nancy was the oldest, then it was Joanne, who I dated, and then Donna was the youngest; she was like 17. I introduced my high school neighborhood best friend, John, to Donna. So, John wound up going out with Donna and I went out with Joanne.

We would gravitate towards each other if seeing each other walking around in the street because they were new in the neighborhood, and they didn’t look like they fit in with the rest of the neighborhood. They looked a little different; not in a bad way. So, I started dating Joanne, and they told us about their older brother Peter, who was this Rock Star; I think at that point, he was just leaving the band, Chelsea, that he did an album with. Chelsea was kind of like a Grateful Dead band. Even though it had some Hard Rock elements to it, the way it was mixed, it didn’t come off really hard and heavy. So, Peter was between gigs, he played some of the clubs in Manhattan and whatnot, and one day he showed up there, and I was like, “Wow, this guy really is a Rock Star looking Rock Star.” He had the total Rock Star look; tight jeans, platform boots, the layered Rock ‘N’ Roll haircut. He was married to Lydia at that time; they were living down in a different section of Brooklyn.

There’s the whole famous story of Peter putting the ad in the local papers, and Village Voice, and Rolling Stone, saying, “Drummer willing to do anything to make it.” And that’s how Gene and Paul spotted the ad, and the three of them started to rehearse. So, Peter would invite us up there, he’d say, “You wanna come up and watch? Tell us what you think.” We were like, “All right, cool.” So, we’d pile into Lydia’s car, Peter was driving Lydia’s Chevy Nova, I think, and we’d pile in and he’d take us to the loft there on 23rd street, or we’d take the subway in and take the subway back. And we go up there, and it’s maybe a 12 by 30-foot room, maybe 15 by 30; it wasn’t that big. They were set up on one end of the room, and we’d sit there on whatever chairs or old couch, and we’d sit there, and we’d watch ‘em. I remember seeing a stenciled word on Gene’s SVT cabinet that said: Jack Bruce. So, he actually had one of Jack Bruce’s old SVT setups. We’d never heard music like theirs before; there was nothing we could really compare it to. They were creating their own bar and then raising that bar on a regular basis.

We would watch them rehearse, rehearse, rehearse — three-piece — we didn’t go there during their auditions. The next thing I know, we went up there, and there was this guy leaning against the wall. He kind of looked a little like Shirley MacLaine with a layered, shaggy haircut. He had a grey pinstriped suit on with an orange sneaker, and a red sneaker, or a purple sneaker — he didn’t match. That was Ace Frehley. We watched him pull off these ripping leads that just fit perfectly with what they were doing. Paul was constantly pushing him with his elbow to get him off the wall, kind of like to play with them; body moves. And that was our first introduction to seeing KISS before they were even called KISS.”

With respect to his memories from KISS‘ early gigs, Fox recalled: “We saw them play at the Diplomat show with several of the other up-and-coming hot Rock bands. Bill Aucoin was sitting behind us at the Diplomat show with one of his business associates, and I had bought a bag of balloons, and I’d blow each one of them up, draw the KISS logo on it, and then deflate it. I’d have ‘em in a cigar box, and you can’t have them rub up against each other, because the ink would smear once you deflate the balloons. It wasn’t like professional printing. Once they finally became KISS and had a logo, I would draw, with a magic marker, their KISS logo on all these balloons. We’re in the front row – me, John, Joanne, Donna, our friend Ann Marie, and whatever other friends of ours from Greenpoint that were into them. Bill was gonna leave, and he said, “So, what is it about this band? Why should I stay to see them?” And we just kind of surrounded him, and gave him the whole marketing deal about why he should stay there and see this band. So, they stayed, and the rest is history.

Right when KISS was coming on, I start to hand the balloons out to all our friends in the front row, and they blow ‘em up real careful. So, there are five or six of us sitting in the front row, with armfuls of these balloons with KISS logos that I drew. And the band would come on, they opened up with “Deuce,” and come on with all the power and flash, but they didn’t have any effects though, yet. And we all stood up at the same time and threw all these balloons at them. There’s like, I don’t know, 40-50 balloons, and Gene’s like looking around going, “What the hell? Where did these come from?” And they’re looking at them as they’re playing, and they see it says “KISS” logos on them. Gene does his monster gig, and he’s stomping on them, and Paul’s kicking them around the stage, Ace is kicking them around the stage. Bill Aucoin found all this very interesting. So, as we were able to infiltrate the Aucoin Management circle, we go around to see them at the other shows.

I’ve got pictures of them at Coventry, as the money started to come in, they got some new gear, new boots, new clothes. They played at The Sunshine Inn, at Asbury Park, in New Jersey, and I’ve got pictures of them there. Then they did this big promo show at what used to be The Fillmore East, which was like a promo show for Casablanca and Neil Bogart. I got down front — I was one of the only people with a camera who knew exactly when Gene was gonna spit the fire. I’m watching him through my viewfinder — he’d hold up the torch and he’s checking for the direction of which way the wind is blowing — so he could blow it in a safe direction. I’m watching his lips, and I could see when he’s tightening the muscles in his lips, so as soon as I clicked the button, it synced up perfectly when he spit the fire, and I got a great shot of him shooting this huge ball of fire out of his mouth. A lot of people who do the KISS books, and things like that, they love that shot.”

You can read the rest of the interview with Rik Fox at Vinyl Writer Music‘s website.

Aucoin managed KISS from 1973 to 1982 until according to Wikipedia, he was fired due to a dispute about the band’s appearance and his drug use.