Poison and Devil City Angels drummer Rikki Rockett has recently revealed to Eddie Trunk on December 14, 2015 during Trunk‘s SiriusXM satellite show “Eddie Trunk Live” that he was suffering from throat cancer, went through treatments and it looks like his cancer is in remission. 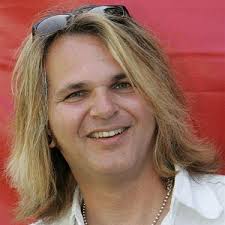 When asked about whether he had been dealing with some health issues, Rockett replied: “I have. I kind of clammed up for a while because I really did not know what was going on. Nobody did. Ummm. So in June, I kind of got sick. I had this horrible cold, sore throat thing and they were scoping me and doing biopsies and nothing was coming up. And finally, a doctor at USC did a biopsy and took a look and he said, “I believe that you have oral cancer.” And what it was, it was a tumour on the base of my tongue. This is very similar to Bruce Dickinson, very similar to Michael Douglas. Similar to Tom Hamilton as far as I know — I don’t know the details of his. Ummm. And two adjacent lymph nodes that you know kind of. It normally it spreads through the lymph nodes. That’s typical. That’s how you find out you have it 90% of the time. And uhh. So I can’t of freaked out and I got this news about two hours before Brandon [Gibbs] and I went onstage before Farm Rock which I saw you.”

Rockett went on to state: “And I did not know what my chances were, how I was going to do. So anyways, they sent me. You know I went down to USC, with all the doctors down there. And uh, the first doctor I went to sat me down, looked me in the eyes and he said, “You’ve had pretty good health all your life.” He goes, “You picked one hell of a cancer to get. It is very treatable. It’s very curable but it is a son of a bitch to treat and I am going to hurt you.” And [that] scared the hell out of me. I was like, “What are you talking about?” He said, “About 50% of my patients wind up hospitalized due to the treatments because you have to do chemo and radiation at the same time, or you got to do surgery, and sometimes when you do surgery, you still have to do chemo and radiation. So we are going to try the chemo and radiation. And so I wounded up doing the chemo. I did nine rounds of chemo… which is the stuff that uh, the company that Martha Stewart went to jail for. You know, she did the insider trading. You know, I want to say it was 2004 or something.” 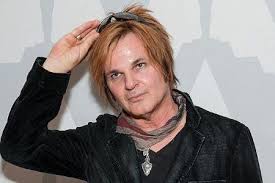 Rockett continued, “Yeah. That’s an IV. It is a targeted immuno therapy. So it’s not like the typical chemical that just kills everything you know. So it is more of a targeted. He said, “One problem that it does have is that you are going to get a rash.” And I am like, “a rash?” He said, “Yeah. You are going to look like a kid with really bad acne.” So I started getting it on my face, on my chest, my back, and my shoulders, a little bit over my trunk, and then bam, in two weeks, it just calmed down for some reason. So I was very lucky with that. But then I started radiation and I did 35 rounds of radiation. Five days a week for seven weeks. And that kicks your dick into the dirt. Hmmm. But I went, “OK. This is what I am gonna do. I want to beat it. So I am going to go head first into this. I am going to set myself up where every single day, I do something positive for my health. I am going to work out one day. I am going to go to therapy one day. I am going to this like uh, occupational therapy where they do this swallowing and speech and stuff like that to keep your neck going. Regular therapy. You now, acupuncture.”

When asked where he got all the energy to do that, Rockett stated: “Well, I hit one week where I did not leave the house but besides that, my trainer would call me up. I couldn’t do jiu-jitsu anymore which was the thing that really killed me because the skin infection that you can get, you know, rolling on the mats and stuff. Which is you know rock n’ roll…. Which killed me

because rock n’ roll is my passion but jiu-jitsu is kind of like my lifestyle. I see these guys for like almost every day for the last 17 years and I had to cut that out completely. And uh, but they were very supportive. I mean I had those guys texting me, my jiujitsu guys, “How are you doing? How are you feeling?”… I kind of retreated a little bit. I was “I am kind of going to make this a little bit about me except for the kids. But the rest of everything that I am going to do, I am just going to focus on me.” My mother-in-law which is kind of crazy because everyone knows that I filed for divorce a few months ago unfortunately — but uh, my wife and I are on good terms and uh, my mother-in-law actually took me to radiation almost every day. And uh, if you’re listening Jane, thank you so much. I mean, that was, that was a huge commitment. But you know, at the end of the day, it’s like, I mean it was really the worst thing [sounding emotional] that you can go through for me. I’ve had a decent life you know what I mean. I’ve been playing — we all go through stuff, I am not saying that my life is a bed of roses, I mean, I am not a war veteran that got this too, you know what I mean. I did not get my leg blown off and get cancer. You know, those guys are the guys that are really the heroes and paying for it. For me, it was a battle that I had to get through. And I couldn’t — I got to the point that I could not really talk. I had I think sixteen cancer sores in my mouth at one time. It’s like if you could take your throat, turn it inside out and sunburn it. You know, I had to use this thing called Magic Mouthwash just to drink water. I mean it burned. It hurt so bad. I couldn’t — and I am still on a liquid diet. I’ve got some soup out there… I’ve got very little taste. Maybe 10 to 15%.”

About why he only is speaking about this now, Rockett stated: “I wanted to see how I would do with it you know. Because I did not want, you know — I did not want people to maybe come down to USC and you know, take spy photos — the TMC guys or something like that. So umm, I did not want anyone to sort of talk to my family about it or anything like that. You know, it’s like you want to forget about it when you can. So it’s like when I first started talking about it, I’d be at the mall, playing with my little girl or something and somebody would go like, “Hey man, how is the throat doing?” It’s like, “I just forgot about it for the last 45 minutes and now you had to remind me.” You know? And everybody has a horror story. “Oh, you have cancer. You know, my mom had cancer. She died from it.” Everybody’s got a horror story. I don’t want to hear anyone’s horror story.”

In terms of where he is at now, Rockett stated: “Where I am at now is that I went last week for my follow up. Both doctors said that I am doing excellent and they both have excellent prognosis on. In February, early February, I get my PET scan and that is the end all be all that tells you if there is any activity. They both said that they suspect that there won’t be. And so, I’ve got fingers crossed and that will be a nail bite day. I am just going to try to put that out of my mind for now and try to get better, feel better. There is nothing that looks like it’s there anymore. They have gone down and looked at my throat. They felt me…. But it’s swelled up but it’s hard to tell but it looks like it’s in remission…. I am done. I finished on the 17th.”

On December 16th, Rockett posted the following message on his Facebook page:

“Besides getting slammed with people coming out of the woodwork, people seem to have my situation a little confused. Let me be clear… I am done with treatments. I am recovering and recovering very well. I do not know 100% if I am cancer free yet until I get my PET Scan, but all signs so far point to remission.

I thank all of you for caring. I wish I could answer all my calls, texts, messages, etc. but I simply can’t or that is all I would do all day and I’m a Daddy first.”