Poison and Devil City Angels drummer Rikki Rockett posted a lengthy message on his views about the state of rock n’ roll. Rockett stated amongst other things that there wasn’t tons of rock out there when Devil City Angels first emerged (in 2014 with the self-titled full-length debut album being released back in 2015) and Lady Gaga has more balls than most metal bands.

“As I sat watching “New Years Rockin’ Eve”, on New Years Eve, I realized just how, “Unrock” “New Years Rockin’ Eve” actually is! Imagine Dragons was about as rock as it got during the time I watched. I couldn’t help hearing Uncle Gene Simmons saying, “Rock Is Dead” in my left ear. Not really, but it was like he was there, badgering me. You see, I am a rocker to my very soul. I love all kinds of music, but gimme the Stones and I’m happy. You may even say that I’m a rock and Roll survivor or something like that.

When The Devil City Angels first came out, we were welcomed with open arms from the rock community. However, I got my hand slapped for using the term, Devil City Angels – Rock ’N’ Roll Savoirs. (Hey, I think big!) There wasn’t a ton of rock happening at the time and I was ready to verse the world again with my new startup. I did it with Poison 30 years ago and I figured I could do it again! People ask, “What happened?” Simple, I got sick. I’m not sick anymore, (well, the flu), but DCA will take the stage again in spite of the huge momentum that we lost during that time. But, more on that later…

Back to Rock in general… We (Poison) saw the spectacular droves of Rock fans when we went out last year with Def Leppard and Tesla. The Big Rock Show was in full swing. It’s glorious when we all party together! That was an awesome tour and I thank the fans for being there!!! Metallica and Guns ’N ‘ Roses have experienced awesome crowds as well. So, since Rock is Exiled from Mainstream does that mean it’s dead? Since Rock doesn’t have a “Beyonce”, does that mean it’s not relevant? Live Nation loves to book Rock bands. They bet on it with their money every year. Not just Rock, of course, but Rock isn’t dead to the promoters.

So, what was the reason that Rock fell from mainstream? People have been asking this for awhile. It’s not the first time it has fallen, by the way. This is a complicated question. Was it the decline of physical records, tapes and CD’s and instead downloads? Was it Rap becoming the bad boy? Was it the “fuck everything and you too” era of the late 90’s? Was it the Suburbanization of Country? (Let’s face it, Country is Rock 20 years ago!) Maybe it’s all of these things and more! 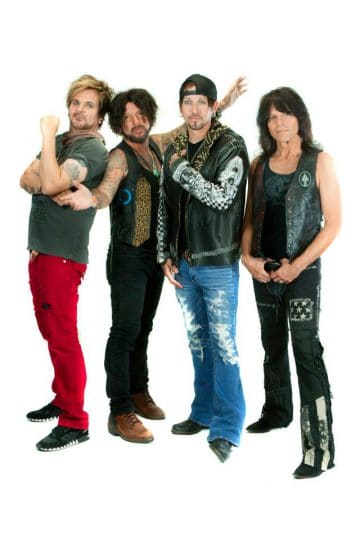 One thing I did see in the Pop music presentation on New Years. Showmanship. “Shoegazer” artists have no place in modern music right now. Guitars are welcome… sort of. Drums are welcome… if you aren’t too out front. The center of attention was the singer (or rapper) and damn the rest. Not what I grew up with! You? Anyone see the next Eddie Van Halen? I didn’t! This is a crime, but it’s the world we live in.

So, what can change this? Yep, you guessed… Millennials. Generation Y. Unless the next generation embraces Rock, it won’t be mainstream again.

I have a plan to bring back Rock. Ready?

1. Stop bitching! If you aren’t a Rock person and you peek into the genre, it doesn’t look like a party these days. It looks like a bunch of sour, old motherfuckers who complain about each other. Shut the fuck up and rock! Many of you supposed journalists, who many of you don’t even have college degree, are partially to blame. Quit trying to stir up shit! Why do you infidels want to kill rock? Why? So you have even less to write about?

2. Support it! Buy the songs and pay for a ticket. Music isn’t one long benefit. If you want artists to survive, they have to live!

3. Here is a biggie and this is aimed at young artists wanting to play Rock… Stand for something! If music and art doesn’t come from a personal place, it won’t survive. When money hasn’t poured in yet and you don’t have a pot to piss in, if you believe in what you are doing you will hang in there. If you just think, “Yeah, this is pretty cool for now” you don’t deserve it! Quit trying to simply emulate others. Be you! Don’t be afraid to say whats on your mind. Being “vanilla” is the most un-Rock thing there is. If you feel like telling the government to stick it, do it. Don’t be a Goddamn marshmallow. True balls in Rock isn’t how distorted your guitar is, or how ugly of a face you make , it’s how brave you are in the face of ridicule! It’s easy to grimace and throw the horns up. Is that as creative as you can get? Come on! Where’s the Lady GaGa of Rock these days? She has more balls than most Metal bands. Wow! I said that didn’t I?

4. Invest in new, upcoming artists. I even have trouble with this. It’s so easy for me to cram my Aerosmith, “Night In The Ruts” or Zeppelin compilation through my speakers every time I get into my truck rather than look for something new. But, we must!

So, what am I personally going to do about all of this? Like a Jukebox hero, I’m gonna “Keep on rockin’, ain’t never gonna stop…” I will drive Poison as long as I can and I will drive The Devil City Angels “Rock ’N Roll Savors” (fuck you if you don’t like it!) as long as I can. It’s a fight, an art and a lifestyle. Live it, breathe it and preach it. Like the Bible says. “Go to the four corners of the world and preach the gospel.” (I’m slightly paraphrasing). In this case, the gospel of Rock. And why not a little gospel in our Rock? Elvis did it!”