Rikki Rockett won’t be posting about his political views anymore

Two days after posting his views on the Justice Brett Kavanaugh versus Christine Blasey Ford situation, Poison drummer Rikki Rockett has decided to keep his political views off social media. 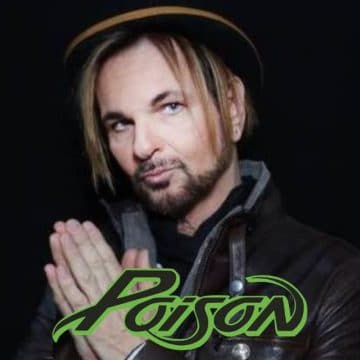 In a video posted on his Facebook page earlier today (and that can be seen below), Rockett stated (as transcribed by Sleaze Roxx): “Yo guys. This is a really quick rant. It’s had a really weird morning so far. Somebody impersonated my Instagram account. I got a million text messages about that. Instant messages and stuff. And then, I guess Blabbermouth and Ultimate Classic Rock decided to repost stuff off of my Facebook page about Brett Kavanaugh and Ford and how I wasn’t sure I believed either one, etc, etc. You know, I’ve been told many times to keep my politics to myself, but really, I thought that what I was doing was trying to keep everybody like more open-minded, but it didn’t really come off that way.”

Rockett continued: “So I’m not gonna post things that are political in nature anymore, because I’m not a political animal and I’m really kind of moderate and I try to look at what’s really there and not anything to do with parties. I just try to see what makes the most sense. And I can have my likes and dislikes. If I don’t like a particular actor, I don’t like a particular actor. I don’t like the way Brett Kavanaugh came off. I just don’t. So if people are mad at me about it, then they can [be]. I don’t know him. So maybe he is a nice guy. I don’t know. He just didn’t come off like a nice guy. He came off as somebody that I wouldn’t want [on the US Supreme Court]. I don’t care if it’s a Republican or a Democrat in there, just as long as it’s a good guy. So that’s all I care about. Anyways, I don’t need to do interviews with Ultimate Classic Rock. If you guys want to know what I’m doing or what I’m up to, just come to my page, my YouTube channel, Instagram, whatever. I’m got plenty of social media. That’s how I do it these days anyways. So, I love you guys but I just want to keep my personal page personal and I don’t need to have it thrown all over.”