Riley’s L.A. Guns to record follow up to album ‘Renegades’ in a few weeks

Great news for fans of Riley’s L.A. Guns as the group consisting of drummer Steve Riley, bassist Kelly Nickels, guitarist Scott Griffin and frontman Kurt Frohlich will be recording the follow up to their album Renegades in a few weeks with a release date planned for the summer of 2022. 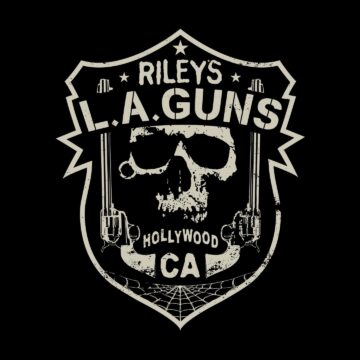 Well it’s big news for us…hey everybody, we are happy to say that in a few weeks, we are going to record our 2nd studio record, the follow up to RENEGADES. We have actually been working pretty hard and have finished pre production. We now have a bunch of new songs ready to go and we look forward to getting some of that new music out early next summer 2022, and show dates are also coming in. We want to say thx to Mark and everyone at #goldenrobotrecords for believing in us and giving us the chance to do it again. We’ll keep you posted, stay safe and Happy Holidays…It was only supossed to be one show…

Renegades finished at #8 on the Sleaze Roxx’s Top Ten albums of 2020 to which Sleaze Roxx stated: “I didn’t really know what to expect with the L.A. Guns version spearheaded by drummer Steve Riley and bassist Kelly Nickels but to say that I was pleasantly surprised with Renegades would be an understatement. The big unknown was of course lead vocalist Kurt Frohlich. It’s one thing to handle the back catalog of L.A. Guns classics in a live setting, it’s a whole other thing to deliver in a studio fronting essentially a brand new “L.A. Guns” line-up.

The first three singles — “Crawl”, “Well Oiled Machine” (although the chorus was quite underwhelming) and “Renegades” — were very promising and the good news turned out to be that there were a few other standouts on the album Renegades. Tracks such as “Why Ask Why” and especially “Lost Boys” helped to push Renegades into the Sleaze Roxx’s Top Ten Albums of 2020. If it wasn’t for one dud track (the ballad “Would”), I would have rated this record even higher. In any case, Riley and Nickels have proven that they are more than capable of upholding the L.A. Guns name in a positive way. One wonders why Riley didn’t want to record a new studio album (which is one of the reasons why Phil Lewis apparently defected to the other L.A. Guns camp led by Tracii Guns in late 2016) when such great songs can be found on Renegades.”