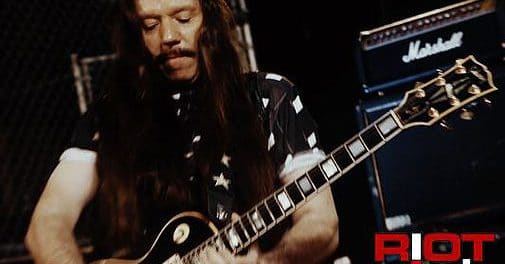 Riot Act to forge ahead despite guitarist Lou Kouvaris passing away 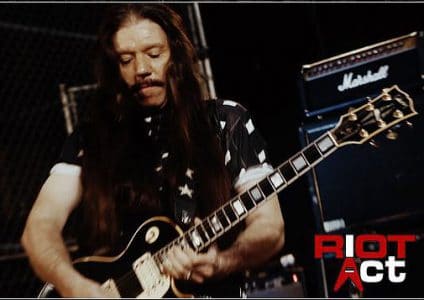 Ventura‘s Riot Act bandmate and former Riot guitarist Lou Kouvaris passed away from complications due to the Covid-19 virus at the end of March 2020.

“We are not going to fill Lou‘s position cause there is no point in filling them. The whole concept of Riot Act was to get Lou and myself together and play the old songs from the first three albums and then write new material because we were both the Riot guitar players from the early days but with the tragic shocking passing of Lou threw us for a loop. A continuing tragedy of Riot members passing it’s just hard to fathom. But Riot Act is going to move on. We will forge ahead. Lou would have wanted it that way. Don Chaffin (singer) is a pretty competent guitar player and we might have him strap the guitar on for a few key songs that call for that dual guitar, we will see, this is all new.”

You can read further excerpts from the interview with Rick Ventura at The Metal Voice‘s website and/or listen to the interview below: