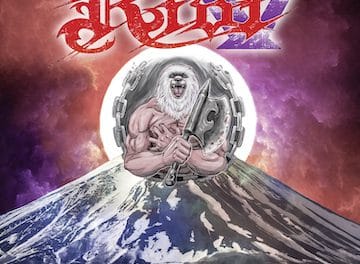 New Wave of British Heavy Metal veterans Riot V will be releasing the live album Live In Japan 2018 via AFM Records on August 2, 2019. 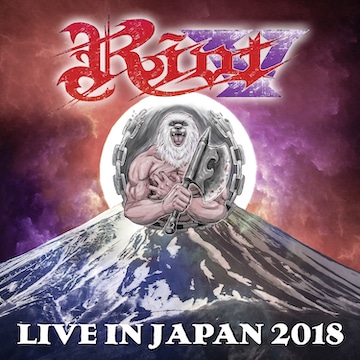 “Riot is an American hard rock / heavy metal band formed by guitarist Mark Reale in 1975. The debut album “Rock City” was released in 1979 and mainly appreciated in the UK where NWOBHM was bursting out back then. Japan was another country, which welcomed this album with open arms. “Warrior” was released as a 7″EP in Japan and the song has been Japan’s heavy metal fans’ favorite for 40 years now. The relationships between Riot and Japan were reinforced on their second album “Narita“, whose title was named after the story of people’s struggle against the government over the construction of New Tokyo International Airport at Narita.

Although the third album “Fire Down Under” released in 1981 became a huge success, being ranked in Billboard Top 100, Riot had to call it a day in 1984 due to the trouble with their management. However, the turning point came when Mark Reale relocated to Texas, where he met the savior, Don Van Stavern, then a member of a legendary speed metal band S.A. Slayer. After having had a short-lived band named Narita with Don and other S.A. Slayer members, they decided to move to Los Angeles in 1986 to resurrect Riot. The 6th album “Thundersteel” was sheer chemistry between Mark and Don. It turned out to be an epoch-making album filled with speed and energy without losing the melancholic melodies, which was and is the symbol of Riot. The change surprised the long-time Riot fans, but they were blown away by its outstanding quality anyway. Riot showed the new path, which heavy metal should take. “Thundersteel” was new and classic at the same time.

Though 30 years have passed since its release, and unfortunately Mark passed away in January of 2012, still heavy metal fans are as enthusiastic as ever about this album. This live concert is proof of that. On March 11th, 2018, Riot played “Thundersteel” in its entirety at Club Citta in the country with which they had been having a strong connection with — Japan. This DVD / Blu-Ray set is its document. See how the fans react to the songs. See how they are excited. See how those songs stood the test of time. The album still surprises the listeners. It still sounds fresh it never gets old!

AFM Records is proud to bring this live concert to the screen (and stereo) of heavy metal fans around the world. Riot (now of course named Riot V) have been a household name in the scene for over four decades and without a doubt left their mark, inspired countless emerging bands and artists worldwide and are still hungry for more. Don’t miss the infectious live atmosphere and relive some of the bands most iconic songs throughout their career.”