Kingdom Come frontman Lenny Wolf has announced that he is putting an end to the band. 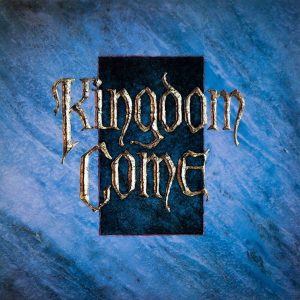 The following message was posted by Wolf on Kingdom Come‘s Facebook page earlier this month:

“Thoughts on the run

The Kingdom Come ship has reached its final destination, at least during my visit on our planet earth.

My decision is mainly caused by experiences I made throughout the last 3 years, during which the fun factor disappeared more and more, and our energy and hopes have repeatedly been crushed by people and circumstances beyond our control. Some folks out there may not believe it, but it’s NOT all about money. I realized that chasing something which seems is not meant to be, trying to force things, would never lead to something good. Therefore it’s time to let go.

Allow me to give you a brief insight into my modest self.

I’m happy about every camera NOT pointing at me. I’m happy about every email or Facebook message I’m NOT receiving. I’m a rather private dude, who enjoys cruising through life without much noise, among true friends. Public recognition means nothing to me. It’s a sweet momentary kick, which helped me persuade the girls in my former wild days, but in the end it means nothing, and did not get me to a higher spiritual level. So I decided I’d rather sit on my boat and watch the birds shit on my head, NOT trying to figure out the sense of live. 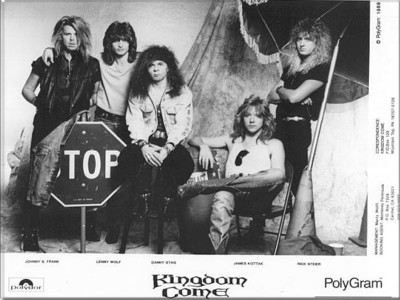 For reference revisit my song “Inhaling the Silence”. Only took me 50 years to figure that out. 😉

It was a nice and overdue experience to share the stage with my old time Kingdom Come fellows, Johnny B Frank and Danny Stag one more time, which we finally came around to on our Florida cruise 2016. I never thought I would enjoy being locked up with so many people on a boat, but it was a great experience and a good way to organize my mind. That’s what the ocean can do for you! 😉

It’s been a fantastic 30 year long musical ride, for which I can only be VERY grateful. Having gone through good and bad times, in the end it was an exceptional way to explore our planet, having met countless wonderful people around the globe and building up memories that can not be taken away from me, or you.

I’m not saying that I will never write a song again, or never again enter a stage, but the chapter called “Kingdom Come” is now closed. One day I may revisit the music scene with a new band called “Iron Banana“, but until then, it is what it is.

I hope the Kingdom Come songs have given many of you energy, joy and strength, as they did for me. The Kingdom Come songs will live on, long after we all have turned to dust, and will hopefully do the same for many generations to come, unless of course, we have blown up our planet before then. 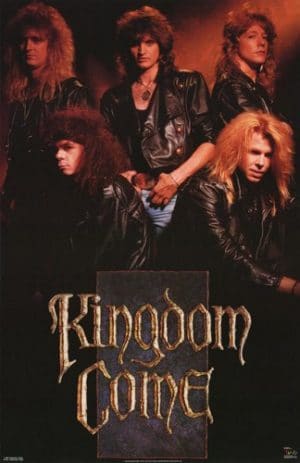 Not every decision I made was of glamorous choice, but hey, I’m only human. Before ending this note, I would like to express my personal gratitude to the following people who have held up the Kingdom Come flag in good, or bad times.

And last, but not least, all the talented musicians who have contributed their fantastic playing skills to all the Kingdom Come records. Detailed info about who played what & where, can be found on our old website.

Should I have forgotten somebody, sorry, I’ll buy you dinner.

Marty Wolff, I miss you and I thank you!

Ahoy, and the very best to you all !

Sleaze Roxx stated the following in its review of Outlier: “Outlier, then, is a record on Lenny Wolf‘s terms. If that doesn’t sound like any kind of change of pace from his last few “one man show” albums, that’s because it really isn’t. He’s still making the same insular, non-trendy mish mash of blues rock, glam metal and modern rock that he’s done for the last two decades. The difference here is that the rule of diminishing returns that has plagued the Kingdom Come discography has been broken for the first time in years. Granted, nothing here really aspires to the same peaks as the classic first two albums, but for once songs like “Holy Curtain” and “God Does Not Sing Our Song” have more than just a repetitive guitar riff to hang their hat on.”