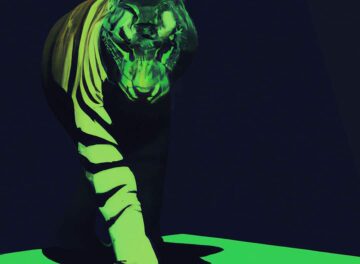 California, USA rockers Rival Sons consisting of lead vocalist Jay Buchanan, guitarist Scott Holiday, bassist Dave Beste and drummer Michael Miley are back with a video for their new single “Nobody Wants To Die” from their upcoming new album Darkfighter, which will be released on March 10, 2023. 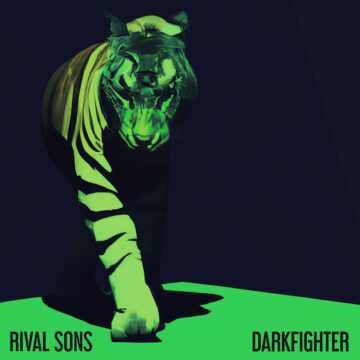 Rival Sons have provided some background behind the video for “Nobody Wants To Die” with a series of Facebook posts including the following one (two days ago) about the character Preacher in the video:

“Orphaned at the age of 3 following a religious cults mass suicide in the jungles of Guyana, Jean Baptiste Chevalier was amnestied to the United States through the efforts of the Trinity Broadcast Network. After nine years of failed home placements within the hopeful congregation, he was turned over as a ward of the state of California. His disappearance shortly after inspired an entire episode of America’s Most Wanted hosted by John Walsh dedicated to his safe return.

Long presumed dead, Chevalier popped up nearly twenty years later when an FBI investigation linked his name to the financial records of over 300 religiously-affiliated bankruptcies spanning five states as well as indirect links to a dynamite stockade robbery in Carthage, Missouri. Known to be a charismatic and persuasive character, his preternatural gift for helping the faithful part with their money is in large part due to his encyclopedic knowledge of King James Bible scripture; earning him the moniker “Preacher.” Though he’s never been charged with assault or murder, eerily, Chevalier is mentioned by name in no less than 47 documented suicide notes over the last 12 years. He was last seen in surveillance footage from a liquor store in Adelanto, CA, which shows him in a heated exchange with known fugitive Skutch “Fuzzlord” Haliday.”