Riverdogs, one of the groups that guitarist Vivian Campbell played in prior to (and continued throughout) joining Def Leppard, is about to release a new album apparently via Frontiers Music Srl in 2017. 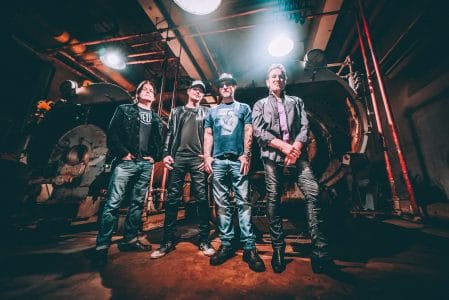 “Who is ready for a BRAND NEW STUDIO ALBUM from the Riverdogs in 2017?”

“The debut album from Riverdogs was released in 1990 by Epic Records. Vivian Campbell of Sweet Savage, Dio and Whitesnake fame was initially brought on board to produce the debut effort but was so impressed with the band that he actually became a member and played on the debut. Soon after the release, Marc Danzeisen joined Rob, Nick and Vivian to complete the line-up. Though fans and critics gave the album a warm reception, lack of support from their record label eventually led the band members to go their own way, with Campbell settling into the Def Leppard lineup and Nick Brophy becoming a respected engineer and producer.

Riverdogs also released “Bone” and “Absolutely Live” in 1993. The boys have recently signed to MelodicRock Records for an album to be released in the first half of 2011. This new album features unreleased music from the “lost” 2003 sessions and possibly new songs. A week was spent in Los Angeles working up ideas, and re-mixing and adding new parts to the original songs. Rob has continued to release solo work over the years, Viv has been playing with Def Leppard and was recently playing 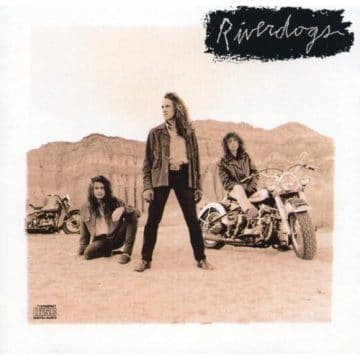 with the revamped Thin Lizzy line-up.”

Sleaze Roxx stated the following in its review of Riverdogs‘ self-titled album that was released back in 1990: “Let’s get some things straight; this album is by no means a sleaze rock record. It doesn’t contain fiery, easy to digest choruses that will send you speeding down the freeway with fists pumping in the air. It sounds much more like an AOR CD without the cheese, but also without any catchy melodies…

The main problem with the songs on this record is that they are too sappy, yet not sappy enough. They aren’t as emotional as a lot of AOR or power ballads that came out during 80’s. Sadly, Campbell‘s contribution, though it might have helped, is only limited to cutting guitar solos. And while the guitar work is really on fire, they don’t save this CD from drowning in a sea of mediocrity. These songs came out before Def Leppard got their hands on Campbell, and I must admit I completely understand their choice as his guitar work really shreds. However, no matter how hard I try to like these songs, I can’t force myself to even start liking them. They sound just a little bit too weak in my opinion.”